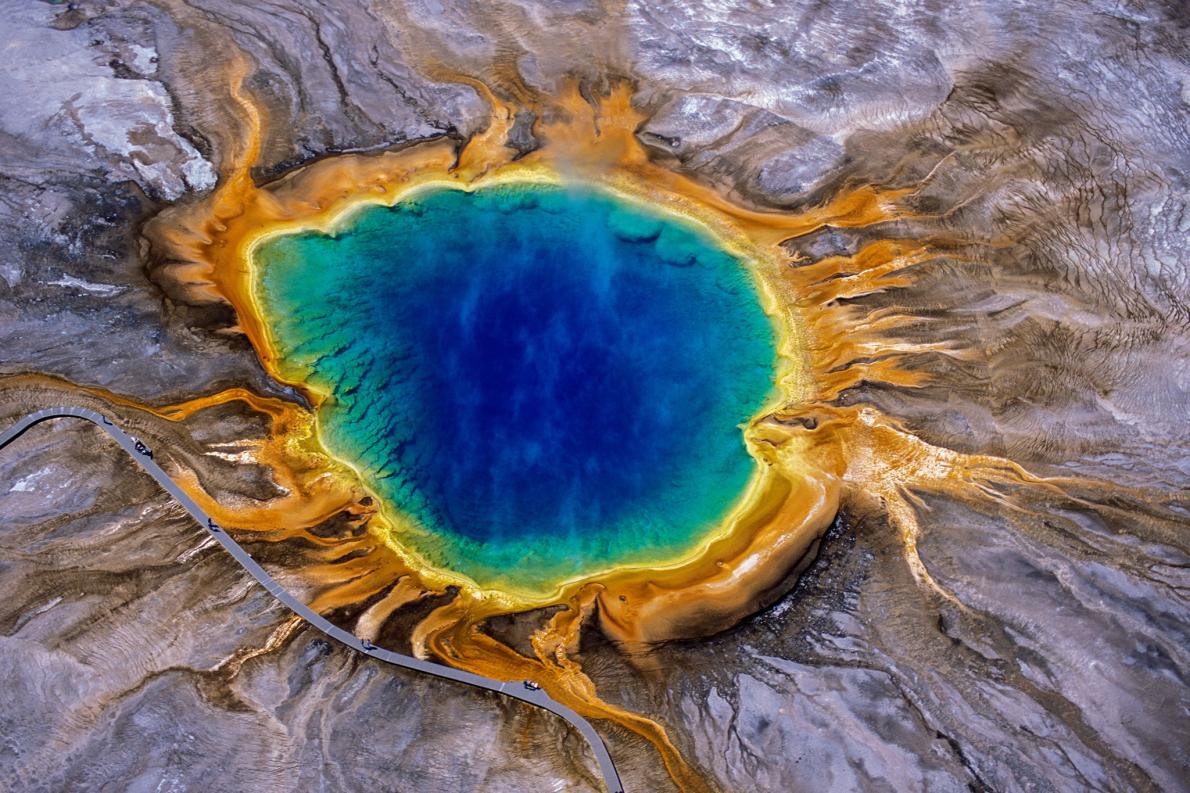 Steam rises off the Grand Prismatic Spring, one of the most stunning hydrothermal features in Yellowstone National Park.

If the supervolcano underneath Yellowstone erupts again, we may have far less advance warning time than we thought.

After analyzing minerals in fossilized ash from the most recent mega-eruption, researchers at Arizona State University think the supervolcano last woke up after two influxes of fresh magma flowed into the reservoir below the caldera.

And in an unsettling twist, the minerals revealed that the critical changes in temperature and composition built up in a matter of decades. Until now, geologists had thought it would take centuries for the supervolcano to make that transition.

A 2013 study, for instance, showed that the magma reservoir that feeds the supervolcano is about two and a half times larger than previous estimates. Scientists also think the reservoir is drained after every monster blast, so they thought it should take a long time to refill. Based on the new study, it seems the magma can rapidly refresh—making the volcano potentially explosive in the geologic blink of an eye.