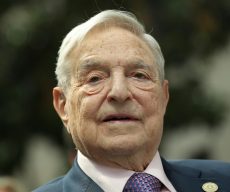 The George Soros-founded Open Society Foundations are pledging $20 million for a campaign to rally progressives to support President Joe Biden’s infrastructure proposal, Axios reported on Monday. Financial support from the group could help spur a vital call to action for Democrat donors and activists who back Biden’s initial $2 trillion-plus infrastructure plan but are […] 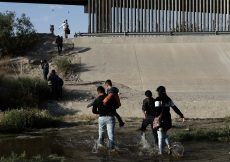 Human smugglers are openly advertising their services on Facebook, falsely telling Central Americans interested in crossing illegally into the United States that they can promise a “100 percent” safe journey. While the use of social media by smugglers is not new, the practice is growing, fueling false hope as more migrants fall prey to misinformation […]

As many on social media praised Hunter Biden for discussing his drug addiction following an interview on “CBS Sunday Morning,” others highlighted Biden’s admission that the laptop at the center of last fall’s bombshell New York Post story could belong to him and what that means for the state of the media. “We should be […] 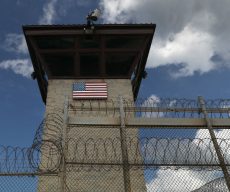 A once-secret unit within the Guantanamo Bay detention center that had fallen into disrepair has been closed and the prisoners moved to another facility on the American base in Cuba, the U.S. military said Sunday. The prisoners at Camp 7 were transferred to a facility adjacent to where the other detainees on the base are […]

Former President Obama praised MLB after it pulled its All-Star Game from Georgia in protest of the state’s new voting restrictions. “Congratulations to @MLB for taking a stand on behalf of voting rights for all citizens. There’s no better way for America’s pastime to honor the great Hank Aaron, who always led by example,” Obama […]

Former President Donald Trump on Friday called for a boycott of Major League Baseball, following the league’s decision to move its All-Star game out of Georgia. The league said on Friday that it would no longer host its 2021 All-Star Game in Atlanta after Georgia passed a restrictive voting law. In a statement, Trump said: […] 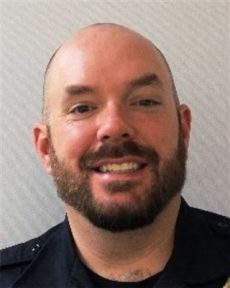 A U.S. Capitol Police officer was killed and another injured after a man drove a car into a security barricade at the Capitol complex on Friday, acting Chief Yogananda Pittman said. The driver was shot after jumping out of the car with a knife and failing to respond to verbal commands and “lunging” at the […] 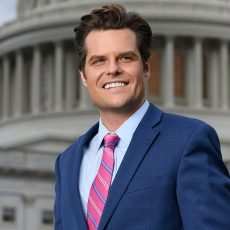 Rep. Matt Gaetz (R-Fla.) told The Hill on Friday he has no plans of stepping down after coming under fire following reports that the Department of Justice is investigating him for an alleged inappropriate relationship with a minor and a possible violation of sex trafficking laws. In a text exchange with The Hill, the Florida […]

On the heels of New York state legalizing marijuana Wednesday, Sen. Majority Leader Chuck Schumer said his bill to end the federal prohibition would be coming soon. “I support decriminalization at the federal level and will be introducing legislation with a few of my colleagues shortly,” Schumer told reporters on Wednesday. Asked if he meant […]

Vice President Kamala Harris and second gentleman Doug Emhoff are set to move into Number One Observatory Circle at the U.S. Naval Observatory next week, following a two-month delay for “home repairs,” Harris’ chief spokeswoman Symone Sanders said Thursday. “The move was initially delayed to allow for repairs to the home that are more easily […]

Border Patrol on Wednesday released a shocking video of smugglers abandoning a 5-year-old girl and a 3-year-old girl at the border in the New Mexico desert in the middle of the night — after dropping them over a 14-foot border barrier. The video, released by El Paso Sector Chief Patrol Agent Gloria Chavez, shows what […]