After more than 50 years of being rock music’s biggest mystery – who broke up The Beatles? – Paul McCartney comes clean and gives a direct answer. Often being accused of the band’s downfall, having in the past hired lawyers to settle band disputes and wanting to go solo, McCartney said that he did not […]

Britney Spears has many reasons to rejoice after she secured a huge win in her ongoing quest to dissolve her 13-year conservatorship as the court ruled her father Jamie P. Spears is to be suspended at once. “Suspension is in the best interests of Britney Spears,” Judge Brenda Penny told the court en masse. “The […]

Legendary crooner Bob Dylan plied a 12-year-old girl with drugs and alcohol before sexually abusing her at his Chelsea Hotel apartment in 1965, an explosive new lawsuit alleges. The “Blowin’ in the Wind” musician used his star status to groom, gain the trust of and control the victim “as part of his plan to sexually […]

Rep. Matt Gaetz, R-Fla., with support from three other GOP House members, has invited Britney Spears to speak before Congress about her conservatorship battle, acknowledging in a letter to the 39-year-old pop icon Wednesday, “You have been mistreated by America’s legal system.” “We want to help,” the letter signed by Gaetz, as well as Reps. […] 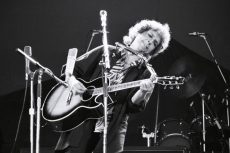 In long-lost interviews, Bob Dylan speaks candidly about anti-Semitic prejudice and reveals he wrote the hit song “Lay Lady Lay” for Barbra Streisand to sing. The remarks are contained in typed transcripts of 1971 conversations between Dylan and his friend Tony Glover, a blues musician who died last year. The transcripts, featuring Dylan’s handwritten annotations, […] 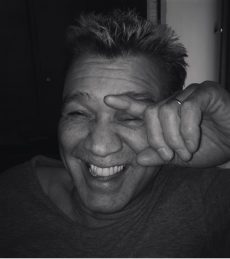 One of rock ‘n’ roll’s singular and most gifted guitarists, Eddie Van Halen, has died. He was 65. Van Halen’s son, Wolf, confirmed the news on Tuesday. “I can’t believe I’m having to write this, but my father, Edward Lodewijk Van Halen, has lost his long and arduous battle with cancer this morning,” he wrote […]

Little Richard, the rock legend best known for the hits “Tutti Frutti” and “Good Golly Miss Molly,” has died. He was 87. The musician’s manager confirmed his passing to Fox News on Saturday. “He passed away today. His family was with him,” Dick Alen told us. The musician’s son, Danny Jones Penniman, also confirmed his […]

Kenny Rogers, the country musician behind such hits as “The Gambler” and “Lady” over a six-decade career, has died at the age of 81, his family announced early Saturday. “Rogers passed away peacefully at home from natural causes under the care of hospice and surrounded by his family,” according to a statement from his management […] 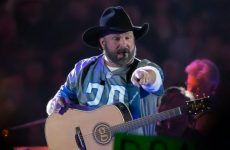 DETROIT — Leave it to the internet to interpret Garth Brooks wearing a Barry Sanders jersey during a concert in Detroit as a political endorsement of a certain liberal presidential candidate. The more than 70,000 fans who attended the country music star’s Feb. 22 show at Ford Field understood it for what it was: a […]

Rush Limbaugh on Monday announced during his nationally syndicated radio show that he had been diagnosed with advanced lung cancer. The 69-year-old radio host — considered the most influential in radio among conservatives — added that he will be out for the next several days as he undergoes treatment. Limbaugh said he was experiencing shortness […] 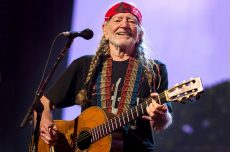 Willie Nelson has canceled his tour because of a “breathing problem.” The 86-year-old singer apologized on Twitter late Wednesday, writing “I need to have my doctor check out.” Nelson had just finished performing with Alison Krauss in Toledo, Ohio, and he was next scheduled to appear Friday in Grand Rapids, Michigan. He wrote “I’ll be […] 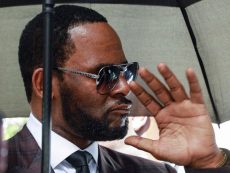 The singer was acquitted of prior child pornography charges in 2008, five years after initially being arrested over a video that purported to show the singer with an underage girl. There was a renewed interest in Kelly’s alleged misdeeds following a miniseries aired earlier this year on Lifetime, called “Surviving R. Kelly,” and featuring interviews […]