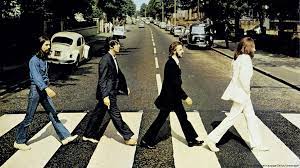 After more than 50 years of being rock music’s biggest mystery – who broke up The Beatles? – Paul McCartney comes clean and gives a direct answer.

Often being accused of the band’s downfall, having in the past hired lawyers to settle band disputes and wanting to go solo, McCartney said that he did not break up the band. It was John Lennon, Deadline reported.

America is changing faster than ever! Add Changing America to your Facebook or Twitter feed to stay on top of the news.

“I didn’t instigate the split. That was our Johnny,” McCartney says in an interview to be broadcast later this month by the new BBC Radio 4 interview series This Cultural Life, The Guardian reported. When pressed about his decision to go solo, McCartney’s rebuttal was, “Stop right there. I am not the person who instigated the split. Oh no, no, no. John walked into a room one day and said I am leaving the Beatles. Is that instigating the split, or not?”

Having grown up as a repressed person under his Aunt Mimi, his guardian who often constantly criticized him about his relationships, Lennon was prepared to live his life with Yoko Ono, another person Mimi criticized after Lennon’s first marriage failed.

The exclusive interview comes out as McCartney turns 80 next summer.

Lennon’s decision to start a new family with Ono was described as McCartney’s “most difficult period of my life,” saying “This was my band, this was my job, this was my life, so I wanted it to continue.”

In fact, McCartney told interviewer John Wilson the decision felt like “rather like a divorce,” and his fellow bandmates, George Harrison and Ringo Starr, were “left to pick up the pieces.”

The three remaining Beatles were instructed by their manager, Allen Klein, to keep silent about the split until it was concluded.

However, McCartney was not thrilled about the Beatles behind the scenes break up and “let the cat out of the bag” because “I was fed up of hiding it.”

So when it was revealed in 1970 that the Beatles were no more, McCartney took flack for supposedly splitting up the group.