FBI Director Christopher Wray said Tuesday that the bureau has no evidence that far-left violent extremists were involved in the Jan. 6 attack on the U.S. Capitol. “We have not to date seen any evidence of anarchist violent extremists or people subscribed to antifa in connection with the sixth,” Wray told lawmakers on the Senate […]

The Biden administration has begun setting up a commission aimed at Supreme Court reform and the federal judiciary, according to a Politico report. Sources close to the matter told the publication that nine to 15 people are expected to be appointed to the commission that will study court reform. Those who are expected to be […]

The Supreme Court handed a victory to advocates of abortion rights Monday, wiping lower court rulings off the books that had upheld a Texas order banning nearly all abortions in the state during the coronavirus pandemic. Gov. Greg Abbott ordered a halt to nonessential medical procedures in late March to conserve hospital resources and personal […]

Friday marks the 48th anniversary of the landmark Supreme Court decision in Roe v. Wade, which has resulted in an estimated 62 million abortions, according to one analysis. The National Right to Life Committee (NRLTC), the nation’s oldest pro-life organization, says it reached an estimate of 62,502,904 by tracking data from the Centers for Disease […]

The Justice Department on Tuesday sued the retail giant Walmart, accusing it of fueling the country’s opioid crisis by inadequately screening thousands of dubious prescriptions and ignoring repeated warnings from its own pharmacists. Walmart “knowingly violated well established rules requiring it to scrutinize controlled-substance prescriptions to ensure that they were valid” and required “pharmacists to […] 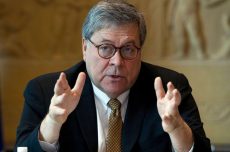 Attorney General William Barr on Monday said he has “no plan” to appoint a special counsel to take over the federal investigation into Hunter Biden’s “tax affairs,” or one to probe allegations of widespread voter fraud in the 2020 presidential election. Barr announced last week that he would depart from his post as attorney general […]

Indiana will be required to recognize both wives in same-sex unions as parents of the children after the Supreme Court denied a petition to appeal the lower court decision. “It’s a major victory that is going to keep the same-sex families together and the children born to these marriages will have two parents to love […]

Eighteen states have joined Texas in its lawsuit that seeks to halt presidential electors in four battleground states from casting their votes for President-elect Joe Biden. Texas Attorney General Ken Paxton (R) filed the lawsuit before the Supreme Court on Tuesday against Michigan, Georgia, Wisconsin and Pennsylvania — all states Biden won. It argues that […]

The Supreme Court denied a request from GOP allies of President Trump to overturn Pennsylvania’s election results on Tuesday The high court left intact a decision from the Pennsylvania Supreme Court which tossed a lawsuit from Rep. Mike Kelly challenging a 2019 law to expand mail-in voting. The GOP appeal to the high court was […] 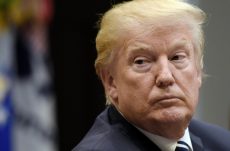 President Trump’s campaign on Friday lost its appeal in the legal battle to contest Pennsylvania’s already-certified election results. A federal appeals court in Philadelphia upheld a previous ruling that dismissed the campaign’s case to prevent Pennsylvania from certifying its election results showing former Vice President Joe Biden winning the state. The three-judge panel of the […]

The U.S. Supreme Court on Wednesday night blocked New York Gov. Andrew Cuomo from reimposing strict attendance caps at worship services in areas hit hard by the novel coronavirus. The court ruled 5-4 to bar Cuomo from enforcing his Oct. 6 “Cluster Initiative” against houses of worship that sued to challenge the restrictions. The order […]