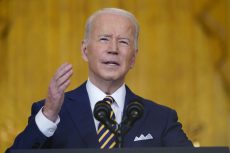 Nearly 100,000 people are eligible for student loan debt cancelation, the Department of Education announced on Wednesday. The cancellations would apply to people who were affected by changes the agency made to the Public Service Loan Forgiveness program (PSLF) last year. In total, the cancellations would amount to almost $6.2 billion in student debt relief, […]

White House deputy press secretary Karine Jean-Pierre refused to answer questions about the Durham probe during Monday’s press briefing despite new revelations regarding Democratic efforts to link former President Donald Trump to Russia. “I can’t speak to that report,” Jean-Pierre told reporters on Monday. “I refer you to the Department of Justice.” The exchange comes after special counsel […] 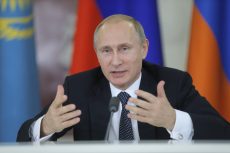 President Biden told Russian President Vladimir Putin on a phone call Saturday that Russia would face “swift and severe costs” if it chose to invade Ukraine, the White House said. The call between the two leaders lasted about an hour Saturday morning as warning signs of a possible Russian invasion of Ukraine continue to grow. […]

The Biden administration has waived sanctions related to Iran’s civilian nuclear activities as part of its efforts to bring the regime back into compliance with the 2015 nuclear deal – while stressing that the waivers did not equal sanctions relief for Tehran. Secretary of State Antony Blinken signed a waiver that restored the ability of […]

President Joe Biden on Thursday said “the answer is not to defund the police” during a speech promoting his administration’s work against gun violence in New York City. During his remarks at NYPD headquarters, Biden addressed New York City Mayor Eric Adams, who spent 20 years with the department, saying, “you and I agree, the […] 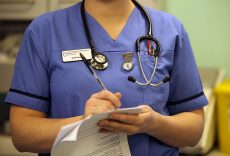 The Washington Post awarded President Biden its harshest fact-check rating of “Four Pinocchios” over his false claim this week that he was “arrested” for the first time as a teenager while attending a civil rights protest in Delaware. In a Thursday piece headlined, “Biden claims yet another arrest for which there’s little evidence,” Glenn Kessler, […]

Just one-third of Americans approve of the job President Biden is doing, a new low for the president, in a Quinnipiac University poll released Wednesday. The poll showed Biden’s approval rating had dipped slightly from November, when his approval rating was at 36 percent. It continued a troubling trend for Biden, whose approval rating has […] 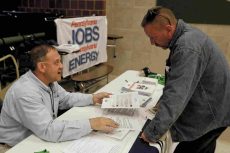 The perplexing December jobs report is raising concerns about how many Americans may have permanently left the labor force because of the COVID-19 pandemic. The U.S. added 199,000 jobs last month, well below economists’ expectations, but the unemployment rate dropped sharply to 3.9 percent, the Labor Department reported Friday. Wages also rose 0.6 percent last […]

President Biden will speak about the responsibility that he believes former President Trump had in the Capitol attack on Thursday, the one-year anniversary of the insurrection, according to the White House. During Wednesday’s daily briefing, White House press secretary Jen Psaki was asked if the president would address Trump’s role in the riot. She responded, […]