Twitter users jumped on tech mogul Elon Musk’s tweet Monday attacking the media for being “against free speech.” At Monday’s White House press conference, press secretary Karine Jean-Pierre confirmed that the Biden administration is “keeping a close eye” on Twitter after Reuters’ Andrea Shalal asked what is being done to prevent the platform from becoming […]

Should robots working alongside law enforcement be used to deploy deadly force? The San Francisco Board of Supervisors is weighing that question this week as they consider a policy proposal that would allow the San Francisco Police Department (SFPD) to use robots as a deadly force against a suspect. A new California law became effective […]

Mauna Loa, one of the world’s biggest and most active volcanoes, has begun erupting after months of unrest. The volcano, which is one of the five that make up Hawaii, rises 13,000 feet above sea level, and has been rumbling to life since September. The eruption began at approximately 11:30 p.m. on November 27, an […] The World Health Organization has renamed monkeypox as mpox, citing concerns the original name of the decades-old animal disease could be construed as discriminatory and racist. The U.N. health agency said in a statement Monday that mpox was its new preferred name for monkeypox, saying that both monkeypox and mpox would be used for the […] 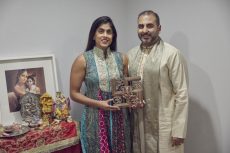 Sheetal Deo was shocked when she got a letter from her Queens apartment building’s co-op board calling her Diwali decoration “offensive” and demanding she take it down. “My decoration said ‘Happy Diwali’ and had a swastika on it,” said Deo, a physician, who was celebrating the Hindu festival of lights. The equilateral cross with its […]

Protests in China against government’s strict Covid measures have intensified, with some people publicly venting their anger at the Communist Party leaders. Thousands of protesters have turned out in Shanghai, where people bundled into police cars have been seen. Students have also demonstrated at universities in Beijing and Nanjing. The latest unrest follows a protest […] When President Joe Biden speaks about the “scourge” of gun violence, his go-to answer is to zero in on so-called assault weapons. America has heard it hundreds of times, including this week after shootings in Colorado and Virginia: The president wants to sign into law a ban on high-powered guns that have the capacity to […]

A man who opened fire on co-workers at a Walmart in Virginia had just hours before legally purchased the handgun he used in the attack, officials say. An update on Friday from city of Chesapeake officials also said the gunman did not have a criminal history. Six people were killed in the Tuesday evening attack, […]

As investigators skipped Thanksgiving celebrations to continue their search for a suspect in the unsolved slaying of four University of Idaho students, a third unsolved stabbing in the Pacific Northwest has resurfaced with eerie similarities. Reporters at a news briefing Wednesday asked Moscow police about the possible connection between the students’ slayings and a second […] 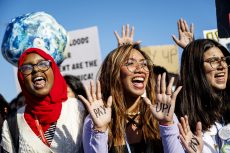 John Kerry , the U.S. special envoy for climate change , had the correct position heading into the 2022 U.N. Climate Change Conference of the Parties. “It’s a well-known fact that the United States and many other countries will not establish some sort of legal structure that is tied to compensation or liability,” Kerry said […] 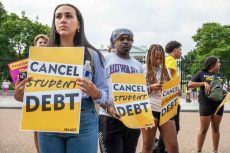 The Biden administration is yet again extending the pause on federal student loan payments, a benefit that began in March 2020 to help people who were struggling financially due to the Covid-19 pandemic. The extension comes as the Biden administration’s student loan forgiveness program is tied up in the courts. Officials had told borrowers the […] A Walmart employee said it was a manager who started shooting people in a break room at a store in Chesapeake, Virginia, on Tuesday night. The employee described how he narrowly avoided being killed, having left the room moments before the gunfire began. “It was the manager,” the employee said in a Facebook livestream that […]