Texas Gov. Greg Abbott is barreling forward with an audit of the 2020 election in his state’s four largest counties after mounting pressure from former President Trump. The move comes as Arizona releases a much-anticipated election review of its own, which led to increasing friction within the state’s Republican Party and ultimately found Trump lost […]

The White House released an analysis on Thursday estimating that the 400 wealthiest American families paid an average federal income tax rate of only 8.2 percent on $1.8 trillion of income from 2010 to 2018. “Two factors that contribute to this low estimated tax rate include low tax rates on the capital gains and dividends […] 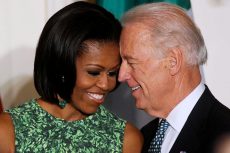 President Biden’s approval rating after eight months in office has dipped to 43 percent, according to a new Gallup poll released Wednesday, the lowest level of support the firm has recorded for the first-term president. Gallup’s poll, conducted from Sept. 1 to 17, also marked the first time a majority disapproved of Biden’s job performance, […]

Nearly one year after the Hunter Biden laptop story sparked a political firestorm, Politico confirmed some of the material first reported by the New York Post in the final weeks of the presidential election. Politico Playbook published reporting from correspondent Ben Schreckinger’s new book “The Bidens,” which delved into the emails that surfaced in the […]

Former President Trump is the clear favorite to win the GOP’s 2024 presidential nomination if he decides to mount another bid for the White House, according to a Harvard CAPS-Harris Poll survey released exclusively to The Hill on Monday. Nearly 6 in 10 Republican voters surveyed — 58 percent — say they would vote to […] 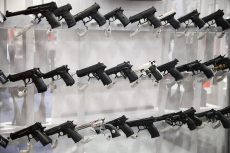 Gun violence is spiking across the United States, and new data suggests the year is on pace to be one of the deadliest on record. The nation already has recorded 14,723 homicides and other fatal shootings so far in 2021, according to new data compiled and released by the Gun Violence Archive (GVA). That compares […]

After months of pushing to halt evictions for tenants hardest hit by the coronavirus pandemic, progressives have found themselves on the side of the landlord when it comes to vaccine mandates. Occupy Democrats, a progressive activist group, raised eyebrows last week after tweeting support for landlords who are evicting unvaccinated tenants. “BREAKING: A large Florida […]

U.S. Surgeon General Dr. Vivek Murthy has advised that the Biden administration will “monitor” to ensure no one abuses COVID-19 vaccine exemptions. President Biden last week announced a mandate that required any company with at least 100 employees to mandate its workforce. The only way to avoid the mandate is to claim an exemption on […]

WASHINGTON — The Biden administration has temporarily halted U.S.-bound flights of Afghan evacuees after four people who recently arrived in the United States tested positive for the measles. White House press secretary Jen Psaki said Friday that the decision to pause flights was recommended by the Centers for Disease Control and Prevention “out of an […]