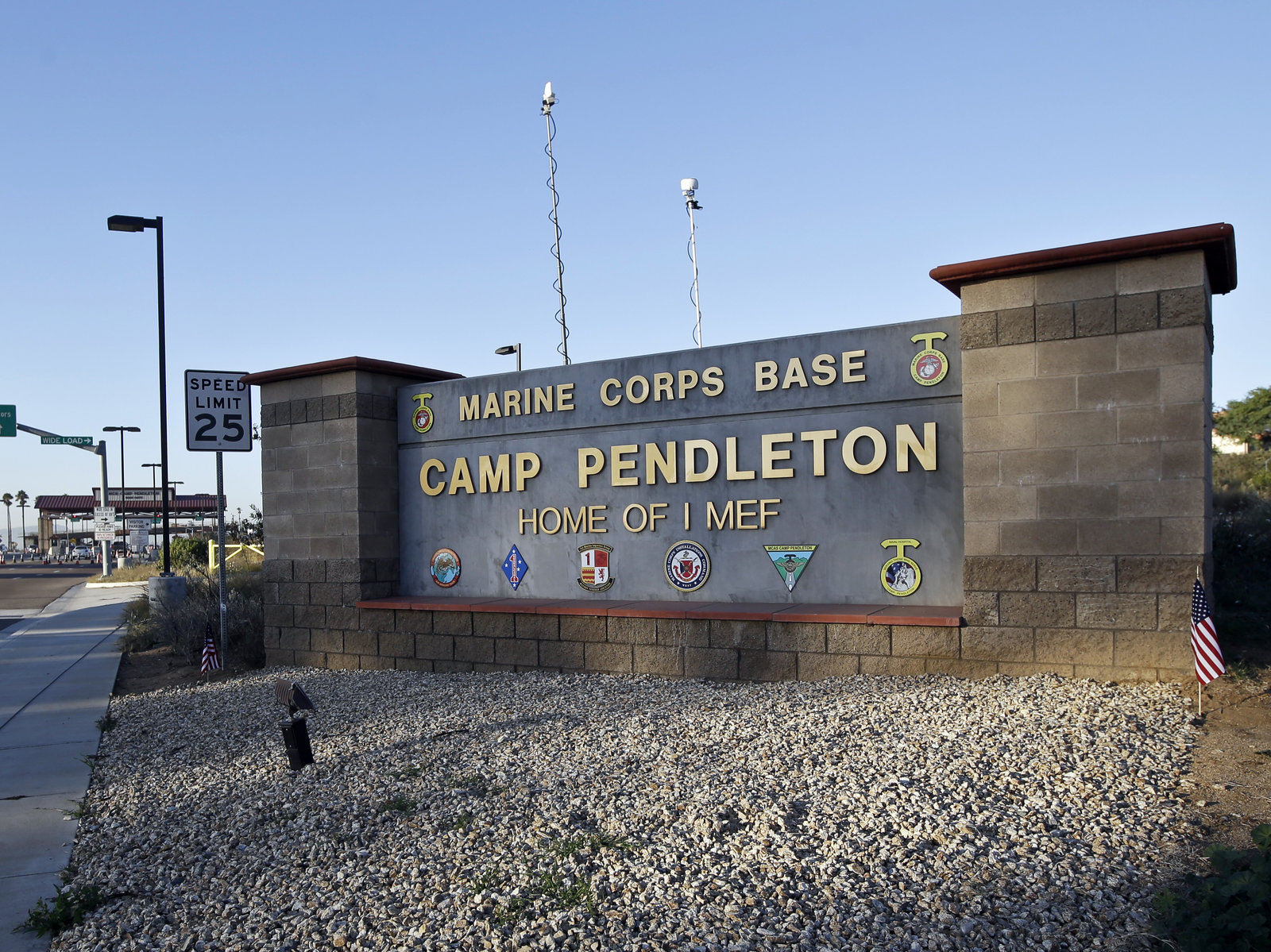 The Navy has arrested 16 Marines at a major West Coast military base over their alleged involvement in human smuggling, drug offenses and other crimes.

On Thursday morning, after some 800 Marines gathered in formation at Camp Pendleton north of San Diego, Marine officials working with the Naval Criminal Investigative Service pulled out the 16 people and placed them under arrest, as NPR’s Tom Bowman reported.

The Marine Corps has not provided details about the alleged crimes, saying in a statement that they include “various illegal activities ranging from human smuggling to drug-related offenses.”

It’s rare for such a large group of Marines to be arrested, Bowman said. “Marines I talk with say they don’t recall a number this high being arrested for alleged illegal activity in memory.”