King Charles III was officially announced as Britain’s monarch Saturday, in a pomp-filled ceremony steeped in ancient tradition and political symbolism — and, for the first time, broadcast live. Charles automatically became king when his mother, Queen Elizabeth II, died on Thursday, but the accession ceremony is a key constitutional and ceremonial step in introducing […]

Pope Francis repeated his previous warnings of a world conflict Thursday while speaking at an audience with pontifical representatives. The pontiff reiterated a claim he first presented one week ago during a general audience — that the Earth is already enraptured in a “piecemeal” World War III. The pope repeated the observation Thursday in audience […]

King Charles III is expected to address the nation for the first time as sovereign at today, following the death of Queen Elizabeth II. Britain’s longest-reigning monarch died peacefully, surrounded by her family, at Balmoral in Scotland on Thursday. The King greeted crowds outside Buckingham Palace on his return to London with the Queen Consort, […]

Secretary of State Antony Blinken made an unscheduled visit to Kyiv Thursday to announce a $2 billion military aid package for Ukraine and other European nations threatened by Russia. Blinken told top Ukrainian officials that the latest package will provide long-term financing for military aid to Ukraine along with 18 NATO members and regional security […]

Queen Elizabeth II, the UK’s longest-serving monarch, has died at Balmoral aged 96, after reigning for 70 years. Her family gathered at her Scottish estate after concerns grew about her health earlier on Thursday. The Queen came to the throne in 1952 and witnessed enormous social change. With her death, her eldest son Charles, […] F​​ew cases better show how U.S.-China relations have deteriorated in the age of Big Data than the response Wang Jiang got when he offered, at the height of the pandemic, to set up labs for COVID-19 testing in the U.S. But Wang’s offer ran afoul of the National Counterintelligence and Security Center, which issued a […]

Liz Truss will be the next prime minister of the United Kingdom after winning most votes in the Conservative Party leadership contest, succeeding Boris Johnson who resigned in July after a series of scandals. Truss defeated rival Rishi Sunak with 81,326 votes to 60,399 among party members and will take over as leader on Tuesday, […] A massive manhunt is underway for two men suspected of mass stabbings that left at least 10 people dead and around 15 wounded in Canada. Police are hunting for Damien Sanderson and Myles Sanderson after the pair were named as suspects following a series of attacks across the James Smith Cree Nation, a remote indigenous […]

Online threats, racist or misogynistic insults, public harassment and outright physical intimidation are just some of the behaviours that officials warn are changing the face of Canadian politics. The issue was highlighted last weekend, when a man was filmed launching an expletive-laden verbal assault at Deputy Prime Minister Chrystia Freeland. The incident – which was […]

There’s a major detail missing from many conversations about the rising number of migrants coming to the US-Mexico border. Decades ago, the vast majority of migrants attempting to cross the border between ports of entry were Mexican. A few years ago, most came from the Central American countries known as the Northern Triangle: Guatemala, Honduras […] 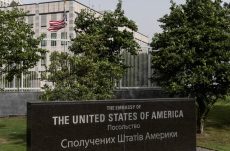 The U.S. Embassy in Kyiv, warning of an increased possibility of Russian military strikes on Ukraine in the coming days around Ukrainian independence day, has again urged U.S. citizens to leave if they can. “The Department of State has information that Russia is stepping up efforts to launch strikes against Ukraine’s civilian infrastructure and government […]

Russia has accused Ukrainian special services of killing the daughter of one of Vladimir Putin’s allies in a car bombing near Moscow at the weekend. Journalist Darya Dugina, aged 29, died on Saturday when a vehicle she was driving exploded near Russia’s capital. Her prominent ultra-nationalist father, Alexander Dugin, said to be close to Mr […]