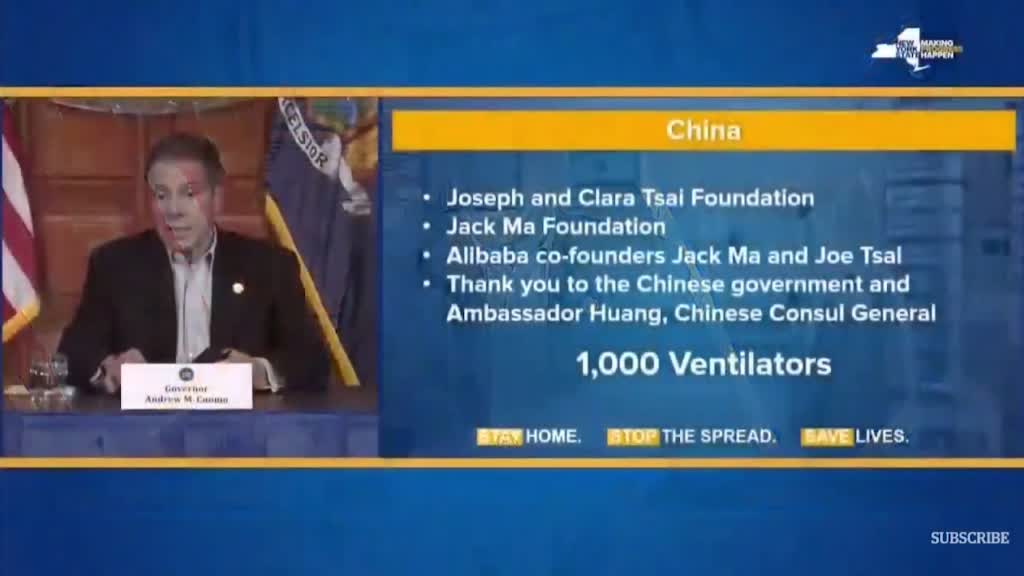 “We finally got some good news today,” Cuomo said during the briefing. “The Chinese government helped facilitate a donation of 1,000 ventilators that will arrive in JFK today.”

Jack Ma, Joe Tsai, the Jack Ma Foundation and the Joe and Clara Tsai Foundation contributed to bring the massive stock of ventilators to New York.

“I want to thank Ambassador Huang very much for his help in making all of this happen because this is a big deal, and it’s going to make a significant difference for us,” Cuomo said.

The governor also announced that 140 ventilators are being sent from Oregon.