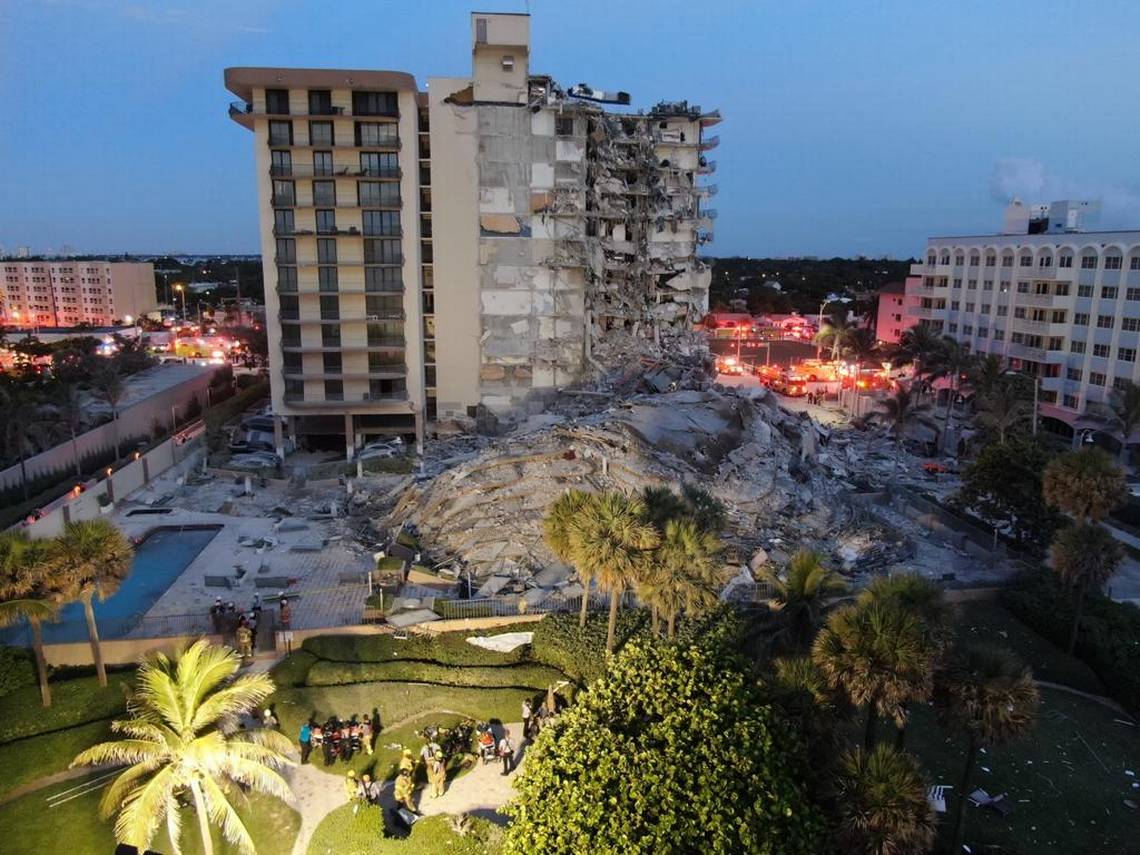 A consultant warned there was evidence of “major structural damage” below the pool deck of a Miami Beach-area condo building nearly three years before it collapsed.

As officials continue to investigate what caused the deadly collapse at Champlain Towers South, officials in the Florida city’s Surfside suburb late Friday released a trove of documents related to the building, including the consultant’s October 2018 report.

The findings from consultant engineer Frank Morabito also showed there was “abundant cracking” and crumbling in the underground parking garage of the 12-story building, which suddenly collapsed as residents slept in the early hours of Thursday morning.

Morabito said the waterproofing below the pool deck and entrance drive was failing, “causing major structural damage to the concrete structural slab below these areas.”

“Failure to replace the waterproofing in the near future will cause the extent of the concrete deterioration to expand exponentially,” he said.

The main issues with the waterproofing, Morabito said, were that it had been “laid on a flat structure,” which had not been sloped to drain, so the water sat on the waterproofing until it evaporated. This was a “major error” by the original developers, he said.

“Visual observations revealed that many of the previous garage concrete repairs are failing resulting in additional concrete cracking, spalling and leaching of calcium carbonate deposits,” he said, adding that he was “convinced that the previously installed epoxy injection repairs were ineffective in properly repairing the existing cracked and spalled concrete slabs.”