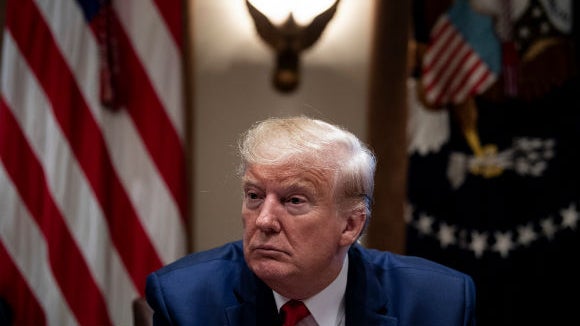 A majority of voters say President Trump should resign from office for stirring up the mob of supporters that stormed the U.S. Capitol as lawmakers gathered to certify President-elect Joe Biden’s Electoral College victory, according to a new poll.

The latest Quinnipiac University survey finds that 56 percent of voters polled hold Trump directly responsible for the violent siege on Congress that resulted in five deaths.

Fifty-three percent of voters surveyed say Trump should resign, and 52 percent say he should be removed from office.

House Democrats filed one article of impeachment on Monday charging Trump with inciting the mob. It’s unclear whether Senate Republicans would vote to remove Trump, if there is time for a Senate trial before Biden is sworn in on Jan. 20 and whether there would be an appetite for a Senate trial after Biden’s inauguration.

Republicans on Monday turned back a resolution calling on Vice President Pence to invoke the 25th Amendment to oust Trump.

Trump is not expected to resign, although two Senate Republicans have said they believe he should.

Trump’s job approval has plunged 11 points since December, falling to an all-time low of 33 percent favorable and 60 percent unfavorable.