Senate Democrats are racing against the clock to try to strike an agreement with Republicans to provide a pathway to citizenship for recipients of the Obama-era Deferred Action for Childhood Arrivals program. The program, launched in 2012, allows undocumented immigrants brought to the US as children to live and work in the United States. But […]

As Republicans are now one seat away from capturing a majority of seats in the U.S. House of Representatives, there are still 13 races yet to be called that will determine how close the margins could be for the GOP should it ultimately prevail. A party must win 218 seats to win a majority in […]

Republicans are laying the groundwork for dozens of investigations into the Biden administration — and the president’s family — should they retake the House in Tuesday’s midterm elections. Already, GOP lawmakers have floated January hearings on Hunter Biden’s business dealings as well as a major congressional probe of the withdrawal from Afghanistan and a new […] 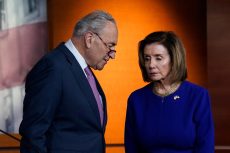 With Republicans poised to retake control of one or both houses of Congress in the November midterm elections, Democrats are scrambling to to find a way to avert a debt-ceiling fight that threatens to effectively undo much of what the Biden administration has accomplished in its first two years. Sen. Bernie Sanders, the independent from […] House Republicans have introduced legislation that some critics are describing as a national “Don’t Say Gay” bill – inspired by the controversial Florida law that bans instruction on gender identity and sexual orientation in kindergarten through third grade classes. If the federal bill were to become law, which is unlikely in the current Congress, its […]

The Senate is slated to take a key vote Tuesday to take up government funding that is at risk of failing over a deal cut by West Virginia Sen. Joe Manchin that has come under sharp criticism from Republicans and liberals – pushback that could be enough to sink the vote and push Congress to […] The House Select Committee investigating the January 6 attacks will hold its latest and possibly final public hearing of evidence on Wednesday. The panel, who last held a live presentation in July on the events that led up to the Capitol riot, is expected to draw up its final report following Wednesday’s hearing, with the […]

The House of Representatives is on track to vote on Friday to pass Democrats’ $750 billion health care, energy and climate bill, in a significant victory for President Joe Biden and his party. Once the Democratic-controlled House approves the bill, it would next go to Biden to be signed into law.Final passage of the bill […]

As the countdown to November’s midterm congressional elections enters its final 100 days, Democrats face broad and persistent headwinds driven by widespread gloom over the economy and President Joe Biden’s consistently low approval ratings. Though recent polling has provided the party glimmers of hope, those fundamental weaknesses have been compounded by what many accept as […] 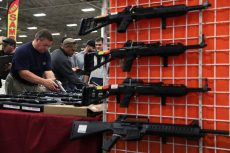 The House on Friday passed a bill to ban assault weapons, securing a significant victory for Democrats following a spate of mass shootings across the country and marking the first time lawmakers have approved a prohibition on the popular firearms in more than two decades. The legislation, titled the Assault Weapons Ban of 2022, cleared […]

It was all for charity, but tensions were still high during Thursday night’s annual Congressional Baseball Game. Rep. Linda Sanchez, D-Calif., displayed poor sportsmanship during the 87th installment of the game when she was seen flipping off the Republican dugout during the sixth inning with the Democrats trailing by five runs. After a lead-off walk, […] A man who allegedly attacked Rep. Lee Zeldin, R-N.Y., with a sharp object at a campaign stop in Perinton, New York, Thursday evening was charged with a felony and released from custody within hours of his arrest, the Monroe County Sheriff’s Department said. The suspect, identified as David G. Jakubonis, 43 of Fairport, N.Y., was […]