“The View” co-host Sunny Hostin railed against guns on Thursday, saying Republicans can’t be trusted and calling Sen. Mitch McConnell a “filthy liar” while branding the GOP as the party of insurrectionists and massacres. As the hosts of the liberal gabfest raged about gun control measures, including red flag laws following a spate of deadly […]

Former President Trump and Florida Gov. Ron DeSantis (R) led the pack in the Conservative Political Action Conference’s (CPAC) straw poll for the 2024 GOP presidential nominee. Trump held a commanding lead, with 70 percent of those who responded to the survey saying they would vote for him in the Republican primary if it were […]

Democratic control of Congress will be on the line next year as Republicans look to claw their way back into power after a disappointing 2020 election that cost them the White House and their Senate majority. But despite the conventional wisdom that the party of a new president tends to lose ground in the midterms, […]

For Kevin McCarthy, the race to move beyond Jan. 6 is personal. The House Republican leader not only has his eyes set on the Speakership after next year’s midterms, he was also the only lawmaker to speak directly to President Trump in the midst of the violent attack on the Capitol. Those seemingly unrelated facts […]

The gulf between the two top Republicans on Capitol Hill grew even wider this week after Senate Minority Leader Mitch McConnell (R-Ky.) took the unusual step of plunging into a pair of controversies that House Minority Leader Kevin McCarthy (R-Calif.) is struggling to contain in the lower chamber. In the span of an hour, McConnell […] 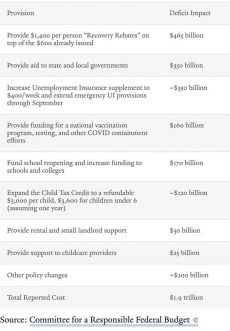 The details of the COVID-19 relief package proposed by Sen. Susan Collins (R-Maine) and nine other Republican senators as a counter to President Biden’s plan are out. The bill would cost a total of $618 billion, far below Biden’s $1.9 trillion proposal. The two do find common ground on COVID-19 containment efforts like vaccine distribution […]

A bill to increase the amount of recently passed stimulus checks from $600 to $2,000 was blocked for a third day in a row in the GOP-controlled Senate. Senate Majority Leader Mitch McConnell (R-Ky.) blocked an effort by Senate Democratic Leader Charles Schumer (N.Y.) and Sen. Bernie Sanders (I-Vt.) to try to schedule a vote […] 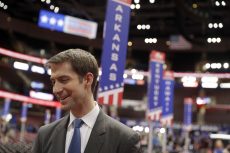 Sixty-six percent of Republican voters support President Trump running for president again in 2024, according to a new survey. The poll from Seven Letter Insight asked what voters would support or oppose Trump doing after the 2020 election wraps up. While two-thirds of Republican respondents said they would support another presidential bid in 2024, 41 […]

The police chief of Marshall, Ark., has resigned after making controversial posts on a right-wing social media app calling for “death” to Democrats, as well as other comments calling for violence. The Kansas City Star reports Lang Holland resigned on Saturday after he was confronted by Marshall’s mayor about social media posts under his name […] 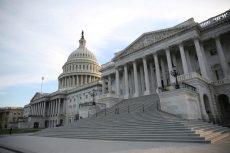 WASHINGTON — Senate Republicans will soon run out of time to rely on the barest of their majority to dismantle the Obama health law. The Senate parliamentarian has determined that rules governing the effort will expire when the fiscal year ends Sept. 30, according to independent Sen. Bernie Sanders of Vermont, the ranking member of […]

The Republican National Committee released one video on Twitter criticizing Democrats for not proposing their own plan to “fix” Obamacare and another challenging Hillary Clinton to produce her plan to fix Obamacare. The first video features outspoken opponents of the Senate Republican health care plan, the Better Care Reconciliation Act (BCRA), like Bernie Sanders of […]