A bipartisan group of House lawmakers is urging the Securities and Exchange Commission (SEC) to assess whether the parent company of Ben & Jerry’s should amend its regulatory filing to reflect potential risks to shareholders over the company’s Israel boycott. The group, led by Rep. Ritchie Torres, D-N.Y., sent a letter Friday to SEC Chairman Gary […]

The Israeli Air Force has reportedly been ordered to resume training for a possible strike against Iran’s nuclear facilities. The Times of Israel, citing a report from Channel 12 news in Israel, said money has already been set aside for the training. Israel Defense Forces Chief of Staff Aviv Kochavi is said to have told […]

Israeli agents killed Iran’s top nuclear scientist late last year using a remote-controlled machine gun and artificial intelligence, according to a report from The New York Times. Iranian intelligence knew an attack was likely against Mohsen Fakhrizadeh, but major breaches of security protocols enabled the assassination, sourced told the Times. On the day of the […]

The Israeli military said Thursday that it had deployed air and ground troops within the Gaza Strip to battle the Hamas terrorist group, which has been launching rocket barrages since Monday. Israel had been retaliating with air strikes, but the ground attack marks another major escalation in what authorities were already describing as the largest […]

President Trump will preside over the signing of two historic deals between Israel and two Gulf nations at the White House on Tuesday – a ceremony that will burnish Trump’s foreign policy credentials as he seeks reelection. Israeli Prime Minister Benjamin Netanyahu will sign deals marking the normalization of relations with both the United Arab […] 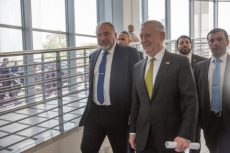 TEL AVIV — The Syrian government has retained an unspecified amount of chemical weapons and dispersed its aircraft following a U.S. cruise missile attack earlier this month, Secretary of Defense Jim Mattis said Friday. Mattis spoke alongside his Israeli counterpart, Avigdor Lieberman, as part of a tour of the Middle East, and addressed reports that […]

President Trump and Israeli Prime Minister Benjamin Netanyahu participate in a joint news conference in the East Room of the White House on Wednesday. With differing messages emanating from the Trump administration about its stance on the two-state solution for in the Israeli-Palestinian peace process, many eyes turned to President Trump and Prime Minister Benjamin […]

WASHINGTON ― Three Republican senators — including two former presidential candidates who’ve long criticized former Secretary of State Hillary Clinton for the attack on the U.S. diplomatic compound in Benghazi — introduced a bill on Tuesday that would halve funds for embassy security, construction and maintenance until the next president moves the U.S. Embassy in […] 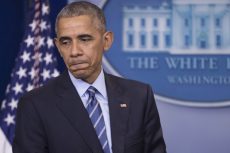 JERUSALEM — An Israeli official on Friday accused President Barack Obama of colluding with the Palestinians in a “shameful move against Israel at the UN” after learning the White House did not intend to veto a Security Council resolution condemning settlement construction in the West Bank and east Jerusalem the day before. “President Obama and […]