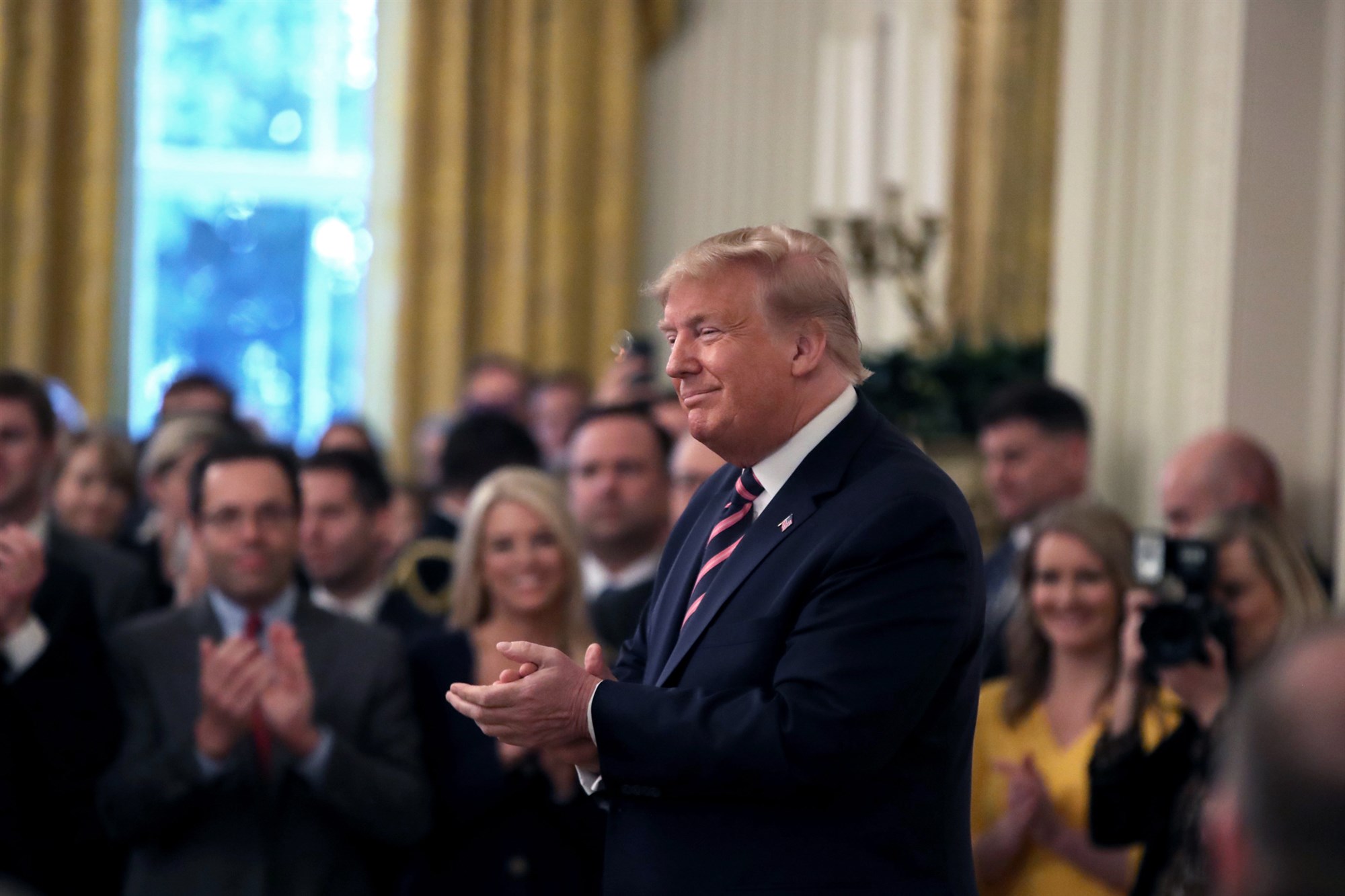 President Trump on Thursday celebrated his impeachment acquittal during a freewheeling White House speech in which he declared vindication and denied any shred of wrongdoing having survived the most perilous stretch of his presidency.

“This is really not a news conference, it’s not a speech. It’s not anything,” Trump said to a crowd of GOP lawmakers, Cabinet officials, family members and other supporters at the East Room of the White House. “It’s just, we’re sort of, it’s a celebration because we have something that just worked out.

What followed was a mixture of a victory lap, a condensed campaign rally and an airing of grievances. Trump spoke for an hour, relying sparingly on the printed notes he had in front of him.