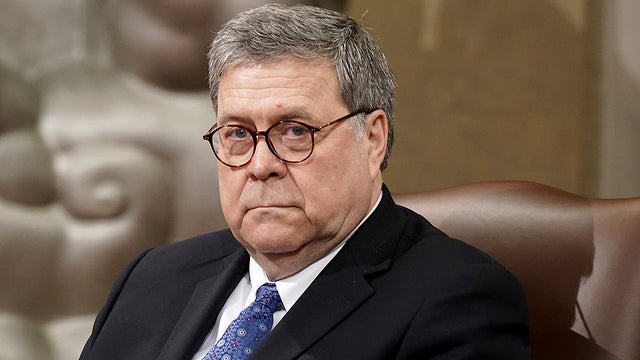 President Donald Trump said Wednesday that he is “not happy” with Attorney General William Barr after the Justice Department’s investigation of the Obama administration found no wrongdoing and quietly concluded with no criminal charges.

Trump made the comments to Newsmax TV. He also declined to say whether he would keep Barr on as attorney general for a potential second term.

“Can’t comment on that. It’s too early. I’m not happy, with all of the evidence I had, I can tell you that. I am not happy,” Trump said in the interview.

Trump has praised and criticized Barr in previous interviews, and he has used the Justice Department as a cudgel to go after perceived political enemies.

Recently, news emerged that the Justice Department had concluded an investigation commissioned by Barr into the Obama-era “unmasking” of people named in national security documents related to the Russia investigation — a practice that Trump and conservatives pundits claimed was a political conspiracy.