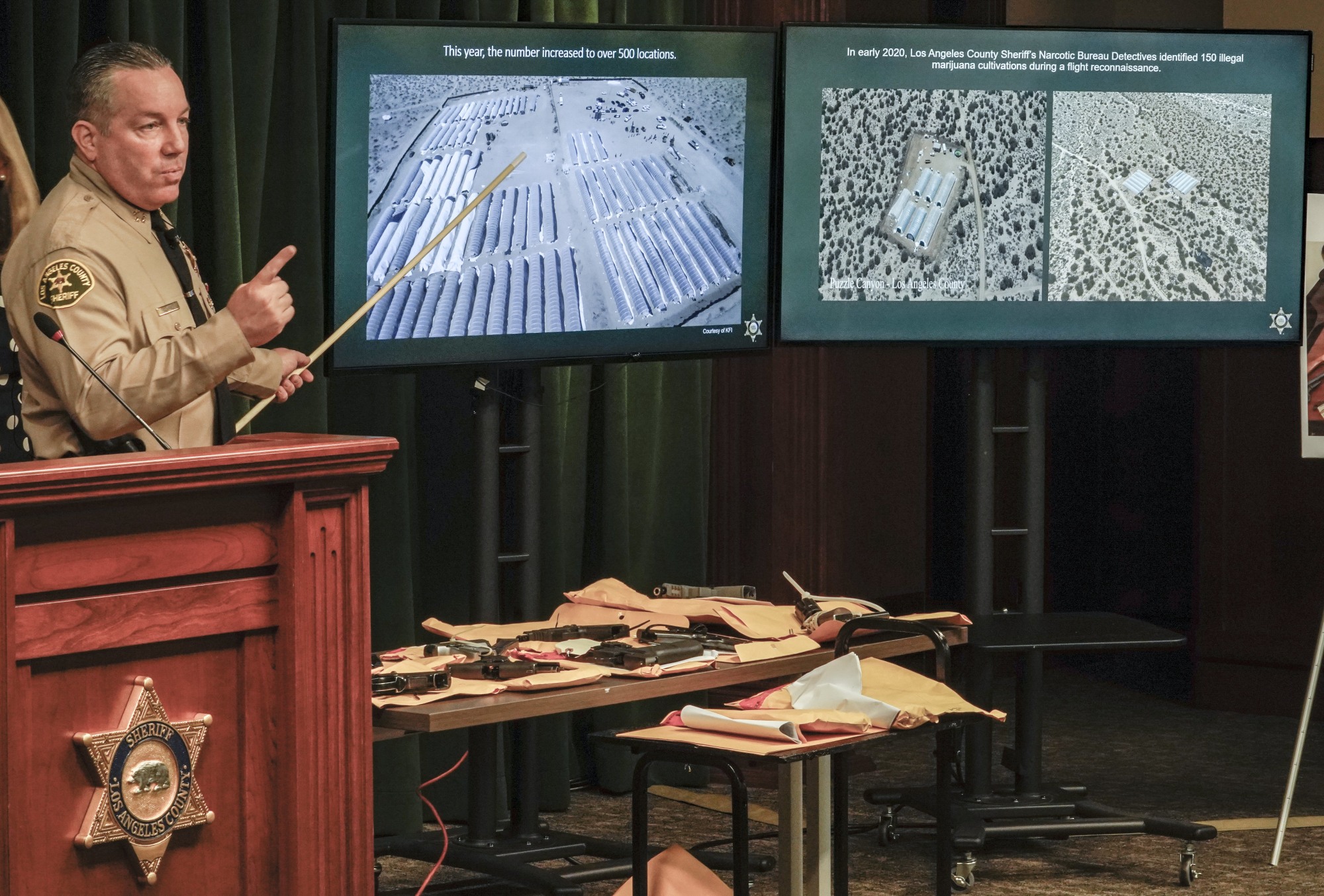 The sheriff’s office said that 131 people were arrested and more than 33,480 pounds of harvested marijuana, or more than 16 tons, was seized in the 10-day operation in the Antelope Valley north of Los Angeles.

As big as the effort involving hundreds of law enforcement officers was, authorities reached only about 40 percent of the illegal grows officials identified, which highlights the scope of the problem that officials said was linked to organized drug trafficking groups.

“The second week of the operation, the first week — they were already trying to rebuild the grows,” Sheriff Alex Villanueva said at a news conference.

California voters legalized recreational marijuana in 2016, and the first sales began in 2018.

“This is not a war on the legal cannabis business in California,” said U.S. Rep. Mike Garcia, R-Calif.

The illegal growers in the Antelope Valley, which is in a high desert area, have been stealing water from hydrants and using illegal wells; using toxic and banned chemicals and dumping them where they poison the environment; and some are armed, officials said.

The area is home to protected species including Mohave ground squirrel and desert tortoise and the iconic Joshua Tree.