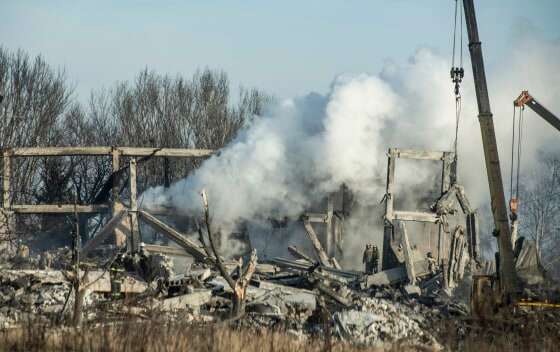 An apparent Ukrainian strike in Russian-occupied eastern Ukraine appears to have killed a large number of Russian troops, according to the Ukrainian military and pro-Russian military bloggers and former officials.

The strike took place just after midnight on Sunday, New Year’s Day, on a vocational school housing Russian conscripts in Makiivka, in the Donetsk region, according to both Ukrainian and pro-Russian accounts.

The attack has led to vocal criticism of Moscow’s military from pro-Russian military bloggers, who claimed that the troops lacked protection and were reportedly being quartered next to a large cache of ammunition, which is said to have exploded when U.S. made HIMARS rockets hit the school.