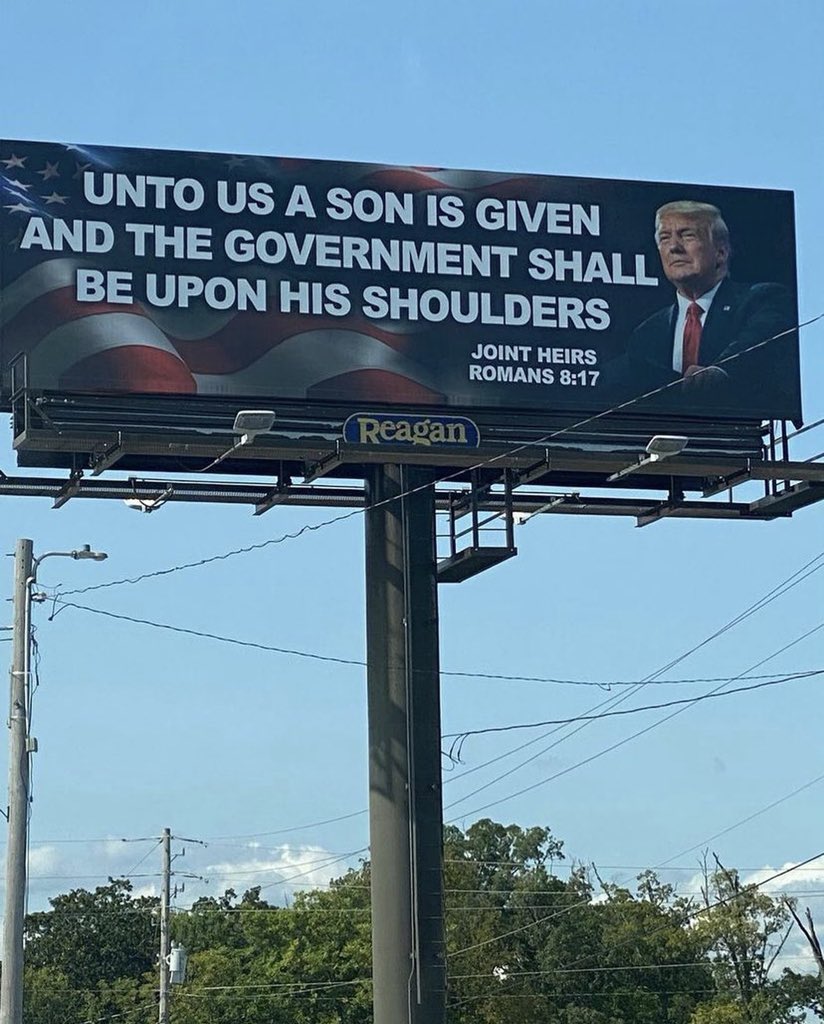 A billboard comparing former President Donald Trump to the Son of God, Jesus Christ, has appeared in Georgia.

Washington Post political reporter Eugene Scott was the first to draw attention to the advertisement on social media, posting an image of the distinctive display panel to Twitter alongside a caption that simply read: “Wow!”

The billboard features a picture of Trump looking stoically into the middle distance alongside what is purported to be a Bible quote from Romans 8:17, which reads: “Unto us a son is given and the government shall be upon his shoulders.”