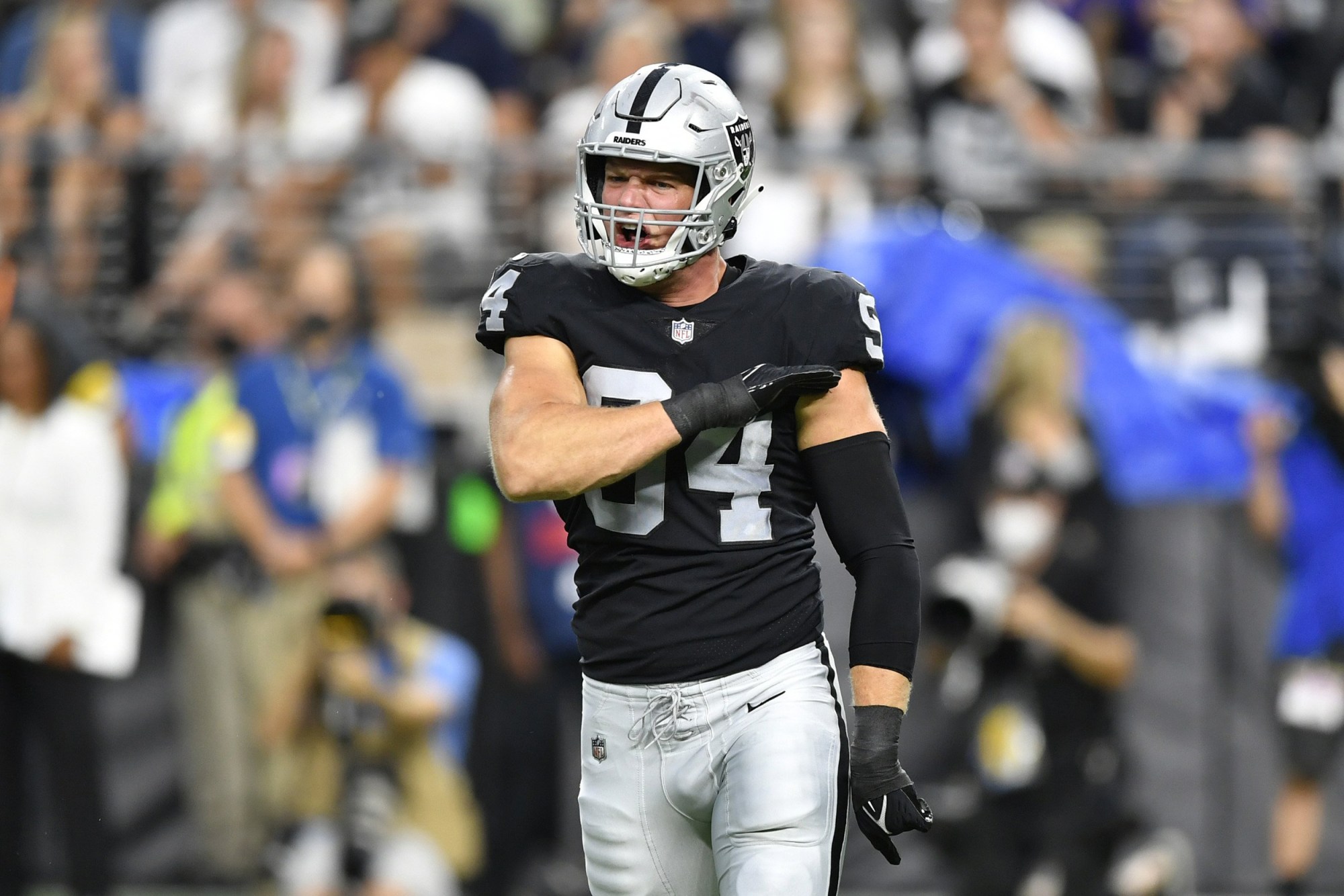 Carl Nassib started his Monday night by making history as the first openly gay athlete to play in a regular-season NFL contest.

He ended it hours later by making the game’s most important defensive play, forcing an overtime fumble that led to his Las Vegas Raiders scoring a thrilling 33-27 victory over the visiting Baltimore Ravens.

With the score tied, 27-27, and his team reeling from an end zone interception that appeared to cost Las Vegas a win, Nassib sacked Lamar Jackson and knocked the ball out of the star Ravens quarterback’s hands.

Following the stunning play, the Raiders, from the team’s official Twitter account, said “Carl Nassib’s forced fumble puts us back in business.”

The fumble was recovered by Darius Philon, and two plays later, Las Vegas cashed in with a walk-off touchdown pass from Derek Carr to Zay Jones.