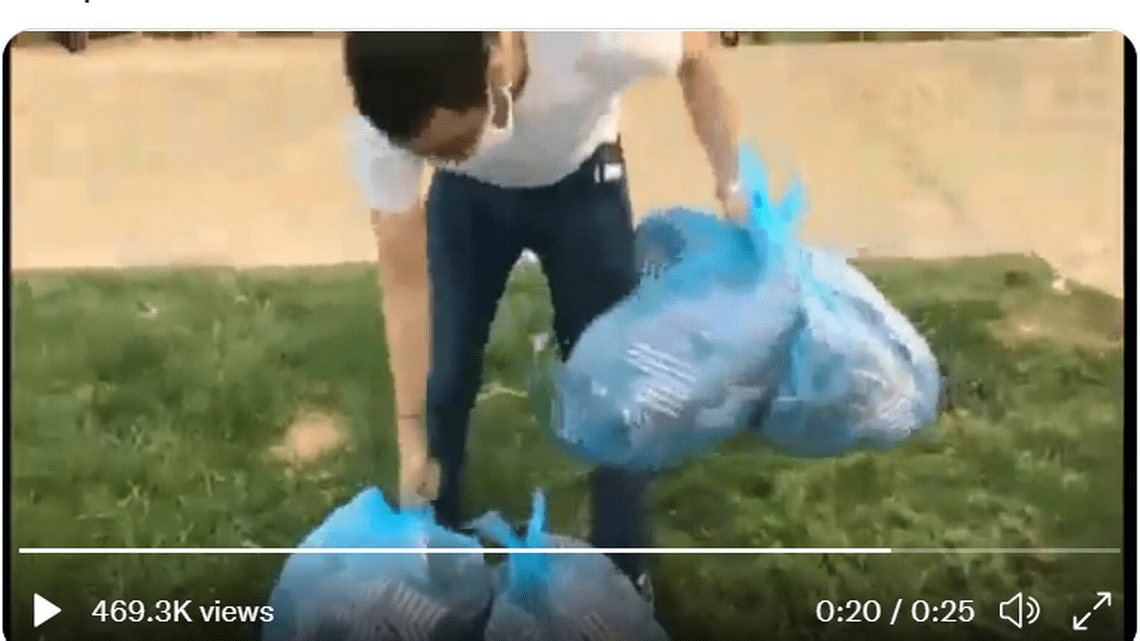 ST. LOUIS — A member of Washington University’s student government placed nearly 3,000 U.S. flags meant to commemorate victims of the Sept. 11 attacks in trash bags, prompting an investigation by the school.

The university’s chapter of College Republicans had placed the 2,977 flags on Mudd Field at the school’s campus in St. Louis to honor Saturday’s 20th anniversary of the attacks.

Fadel Alkilani, a vice president of finance for the Student Union, acknowledged that he removed the flags on Saturday and put them in plastic bags as part of a protest but he was interrupted when another student began recording video of him.

After a video was posted on social media, Alkilani said in a statement that he intended to leave the bags on Mudd Field along with statistics detailing the human cost of Sept. 11 since the attacks. He said the flag display did not mention Islamophobia in the U.S. or civilian casualties in the Middle East caused by the U.S. military, The Kansas City Star reported.

Washington University Chancellor Andrew Martin said in a statement that removing the flags was “reprehensible” and was seen as “a personal affront by many, at WashU and beyond, and as an affront to the ideals of our institution.”

Martin, who did not name Alkilani in his statement, said the university will follow its normal protocols while investigating and will ensure “that the student involved has access to campus resources that are regularly available to students as he navigates the consequences of his actions, both on campus and beyond. ”