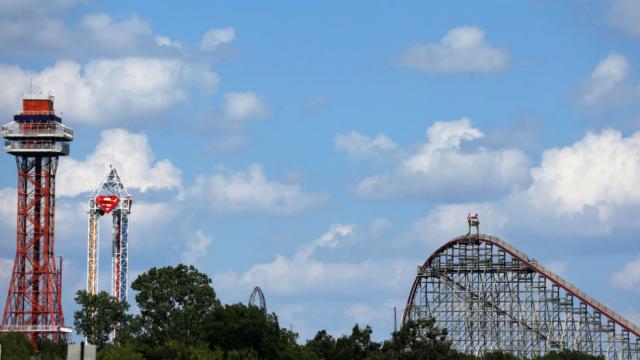 The Six Flags Over Texas theme park has for decades flown a Confederate flag, among others, over the entrance to its park — until Friday.

Six Flags spokeswoman Sharon Parker told the Star-Telegram of Fort Worth, Texas, Friday that the company has decided to pull down the Confederate flag and instead fly six American flags over all parks. The U.S. flags also replace flags representing France, Spain, Mexico and Texas.

“We always choose to focus on celebrating the things that unite us versus those that divide us,” Parker said.

The violence sparked a major controversy over Confederate statues, with protestors toppling and damaging statues across the country. Many have called for their removal.

Six Flags Over Texas, the first Six Flags amusement park, derives its name from the six countries that have held territory within the borders of current-day Texas: the United States, the Confederacy, the Republic of Texas, Mexico, France and Spain.