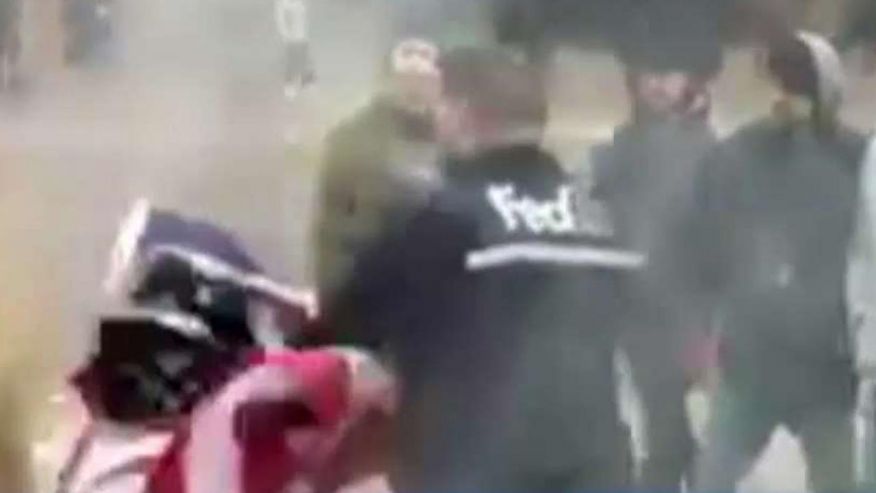 FedEx is backing a driver in Iowa who stopped flag-burning protesters from desecrating American flags in a confrontation caught on video that went viral, according to reports. Many on Twitter were calling him a hero.

The Iowa City Press-Citizen reported Friday that the video shows Matt Uhrin in a FedEx uniform scuffling with a small group of protesters on a pedestrian mall in Iowa City Thursday after he used a fire extinguisher to save two flags from being burned.

“Back off, back off,” Uhrin is heard yelling as he clutched one of the flags.

His actions prompted praise on Twitter and led FedEx to issue a statement saying that Uhrin remains an employee and there were no plans to change his status, Fox & Friends reported Saturday.