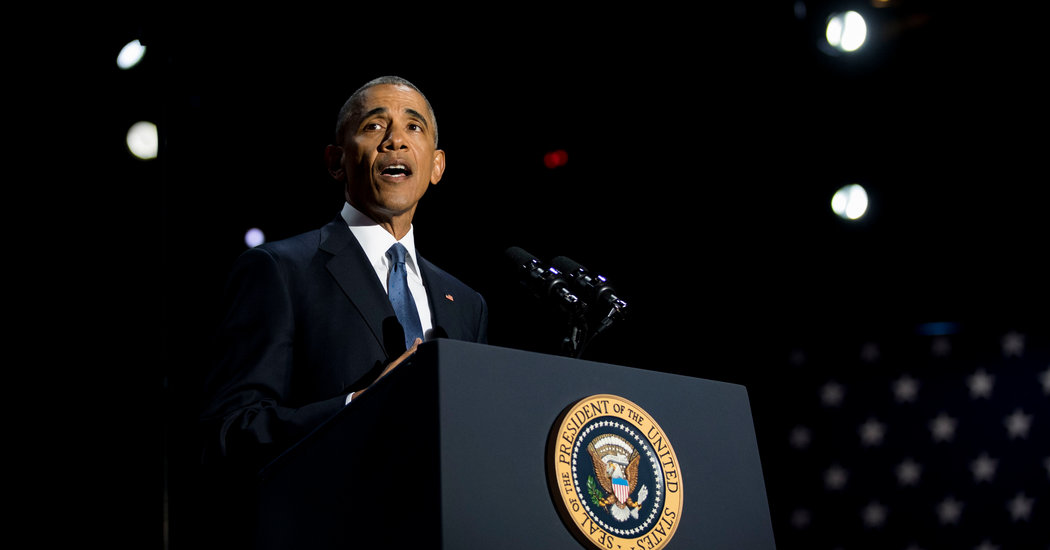 WASHINGTON — Former President Barack Obama praised protesters who amassed across the country in opposition to President Donald Trump’s immigration orders, breaking his silence on political issues for the first time since leaving office.

“The president fundamentally disagrees with the notion of discriminating against individuals because of their faith or religion,” Obama’s spokesman, Kevin Lewis, said.

In his first statement on behalf of the former president, Lewis said Obama was “heartened” by the amount of engagement taking place in U.S. communities. Lewis, a former White House official, pointed out that Obama used his last official speech as president to talk about Americans’ responsibility to be “guardians of our democracy,” even in nonelection years.

“Citizens exercising their constitutional right to assemble, organize and have their voices heard by their elected officials is exactly what we expect to see when American values are at stake,” Lewis said.