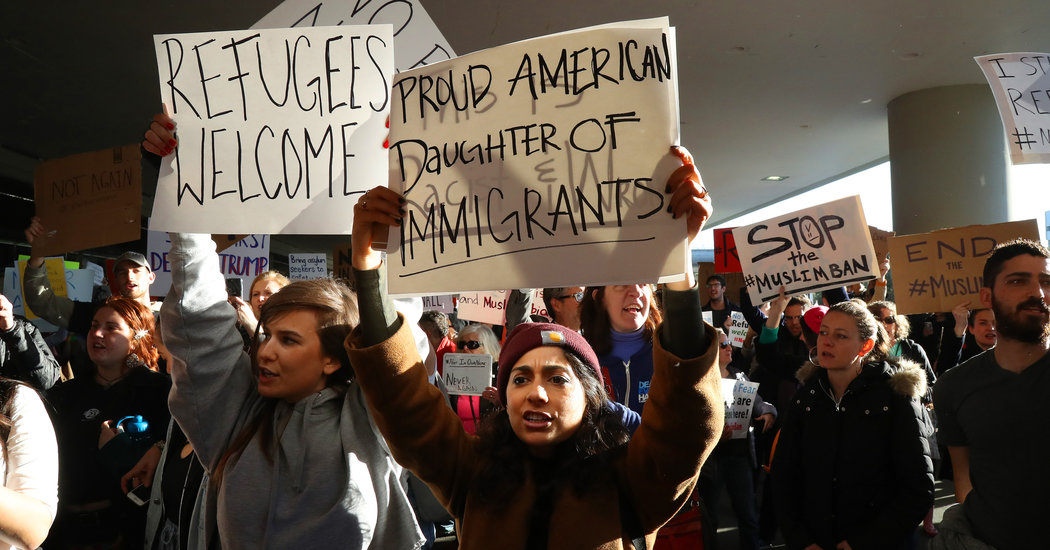 With what by legal standards was lightning speed, the judicial branch responded to President Trump’s immigration order on Saturday night, telling the president that he had moved too fast in barring people from seven mostly Muslim nations from entering the United States.

But the court orders, from judges in at least four cities, were just the initial steps in litigation that may last for years.

The orders were provisional, aimed at maintaining the status quo. They were limited in scope, applying only to people on their way to the United States or already here. They did not rule on the larger question of whether Mr. Trump’s executive order was lawful.

They were a signal that the federal judiciary stands ready to assess the limits of presidential power over immigration policy. But they gave only the most preliminary hints about whether the courts will strike down part or all of Mr. Trump’s executive order.

Still, leaders of civil liberties groups were savoring their victories in these early skirmishes.