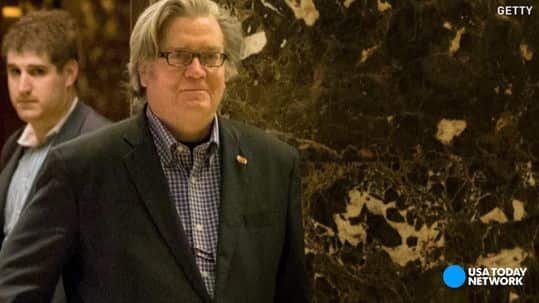 In one of three executive actions Saturday, President Trump reshuffled the National Security Council to include his chief strategist, Stephen Bannon, and limited the roles of the director of national intelligence and the chairman of the Joint Chiefs of Staff.

The memorandum makes the chief strategist a regular attendee of the principals committee, the Cabinet-level interagency forum that deals with policy issues affecting national security. For Bannon, the Washington outsider who ran the conservative website Breitbart News, it’s another area of federal government in which he will have influence.

The Trump strategist is already considered a controversial choice for chief strategist because of Breitbart News’s tendency to cater to white nationalists and previous comments he’s made (i.e. “turn on the hate”).