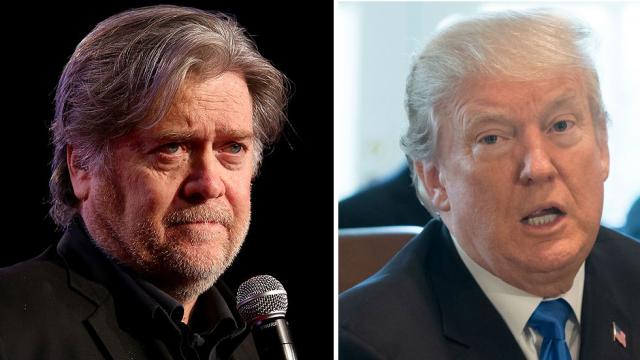 The White House on Monday rejected Stephen Bannon’s attempt to take back his criticism of the president and his children.

“I don’t believe there is any way back for Mr. Bannon at this point,” Gidley told reporters on Air Force One who asked about the former chief strategist. “I just don’t think there’s any way back.”

The comments do not bode well for Bannon, whose job as head of Breitbart News is reportedly in jeopardy due to the rift with Trump.

Bannon was a key source for the bombshell book “Fire and Fury: Inside the Trump White House,” which paints a chaotic and dysfunctional picture of Trump’s campaign and early months as president.