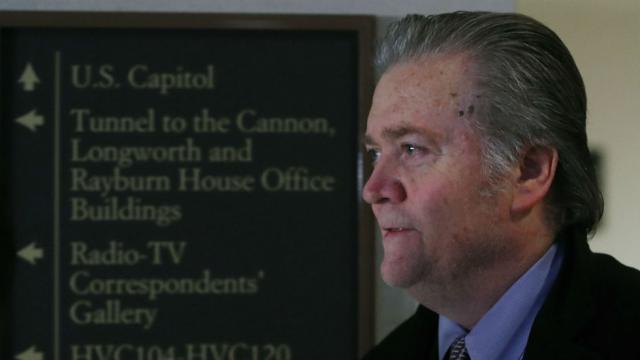 The House Intelligence Committee on Tuesday subpoenaed former White House strategist Stephen Bannon after he declined to answer investigators’ questions in their probe into Russian interference in the election, according to multiple sources.

According to one source, Bannon did not immediately comply with the subpoenas, which were for both testimony and documents.

The move to issue a subpoena during the middle of an interview is an unusual one—and is a break from how committee lawmakers have handled other witnesses who have declined to answer certain questions.

Trump recently had a very public break with Bannon, after the publication of a controversial book in which Bannon is quoted. Trump that “Sloppy Steve” has “been dumped like a dog by almost everyone.”