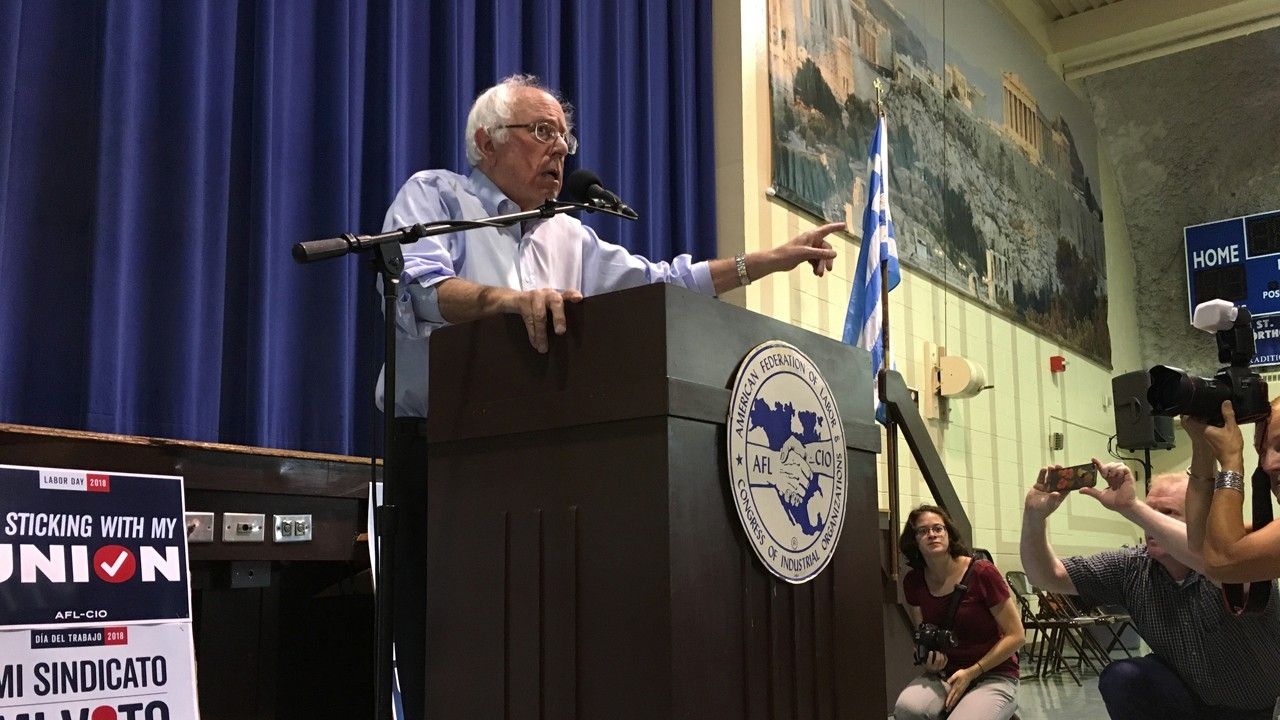 MANCHESTER, N.H. –  Sen. Bernie Sanders took aim President Trump Monday morning during an appearance at Labor Day union breakfast in the state that holds the first presidential primary, but kept mum on a possible second White House bid for himself.

The longtime independent senator from Vermont – who energized progressives across the country as he battled eventual Democratic presidential nominee Hillary Clinton in the 2016 campaign – sparked more speculation about his 2020 presidential ambitions as he headlined the New Hampshire AFL-CIO’s annual Labor Day breakfast.

In his speech, Sanders blasted Trump, saying: “We have a president, and I say this with no joy in my heart, who is a pathological liar.”

Sanders added: “We have a president for cheap political reasons who is trying to divide us up.”

Sanders also repeatedly charged that the Republican majority in the Senate and House “are exactly on the wrong side of where the American people are.”