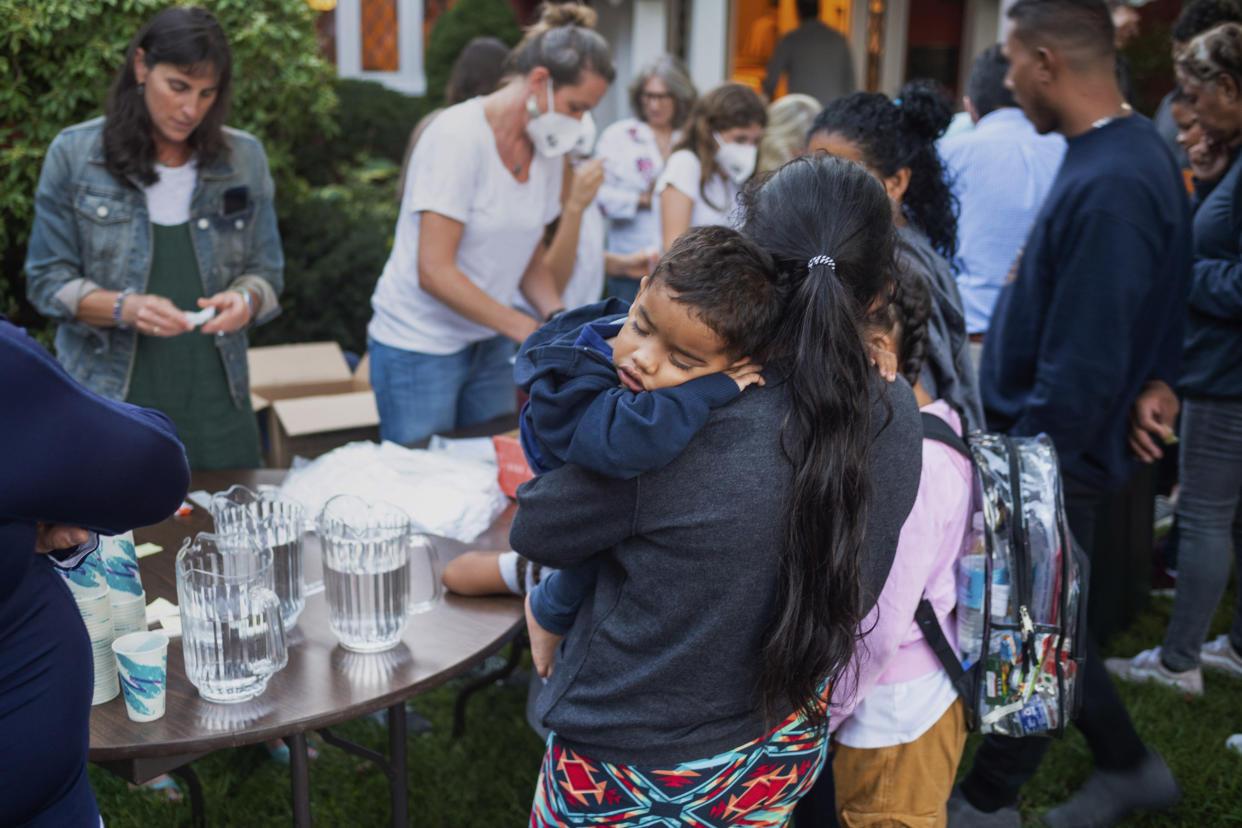 The White House denounced transports of Latin and South American migrants to Martha’s Vineyard and Washington, D.C., by Republican Govs. Ron DeSantis of Florida and Greg Abbott of Texas, while DeSantis’s rival for the governorship called for him to be investigated by the Department of Justice.

“Using migrants as political pawns is shameful,” White House press secretary Karine Jean-Pierre said at Thursday’s press briefing, as images circulated on social media of 50 migrants from Venezuela disembarking on Wednesday evening from two airplanes on Martha’s Vineyard, a remote island off the Massachusetts coast where presidents, movie stars and cultural and political elites are known to vacation.