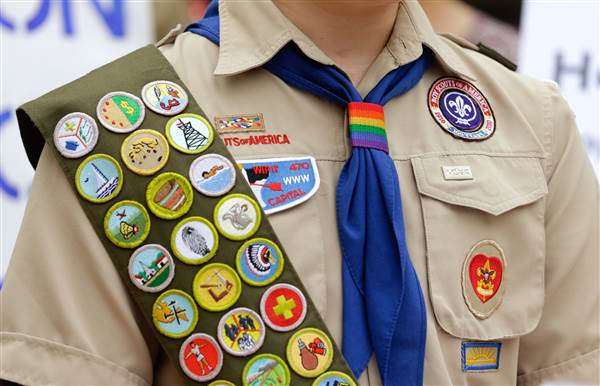 Just over one year after lifting its ban on gay employees, the Boy Scouts of America has announced it will accept transgender boys as members of its scouting chapters nationwide.

“Starting today, we will accept and register youth in the Cub and Boy Scout programs based on the gender identity indicated on the application. Our organization’s local councils will help find units that can provide for the best interest of the child,” read a statement on the organization’s website.

The decision, announced Monday, came just one day after a lawsuit was filed in New Jersey on behalf of 8-year-old Joe Maldonado, a New Jersey boy who was kicked out of his Cub Scout troop last year. His mother, Kristie Maldonado, said she made it clear to the local Secaucus, N.J. troop that Joe is transgender, but about a month later she received a call from the national office’s attorney — who said that membership was based on gender at birth alone.

The Boy Scouts of America (BSA) told NBC News Tuesday that while they have been made aware of the lawsuit, they haven’t seen it.