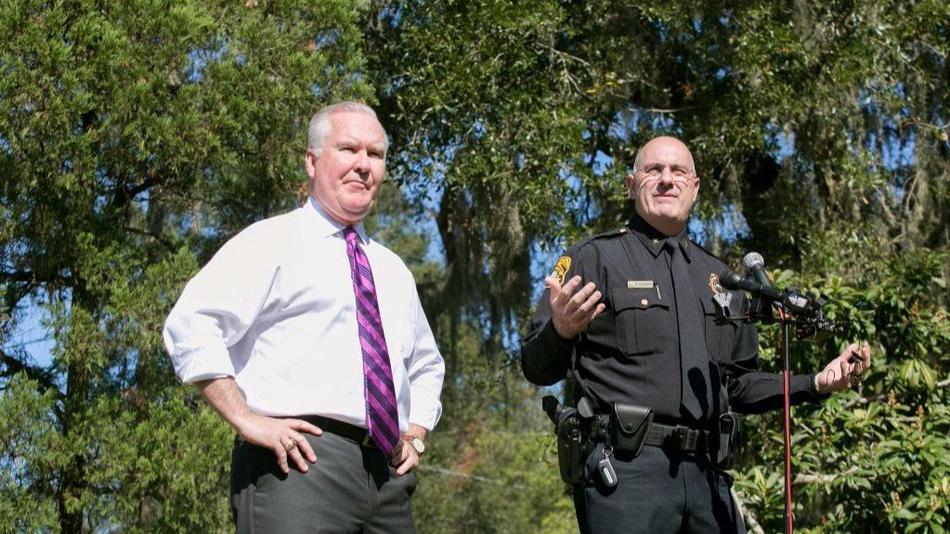 TAMPA — Tampa’s mayor told police officers looking for a suspect in three fatal shootings in one neighborhood to hunt down the serial killer and “bring his head to me.”

Mayor Bob Buckhorn addressed the officers Wednesday during a roll call in the Seminole Heights neighborhood where two men and one woman have been gunned down while walking since Oct. 9.

On Thursday, police a new surveillance video in the hunt for the suspect. The video was taken the night of the first shooting in Tampa. It shows a person in a hooded top running away from the neighborhood within seconds of the slaying.

Interim Tampa Police Chief Brian Dugan said detectives want to talk to the “person of interest” in the video. The person in the video is similar to someone in an earlier video released by officers — only in the latest video, the figure is seen running in long strides down a street.

“I’ve come up with four reasons why this person is running,” Dugan said. “One, they may be late for dinner. Two, they’re out exercising. Three, they heard gunshots. And number four, they just murdered Benjamin Mitchell.”