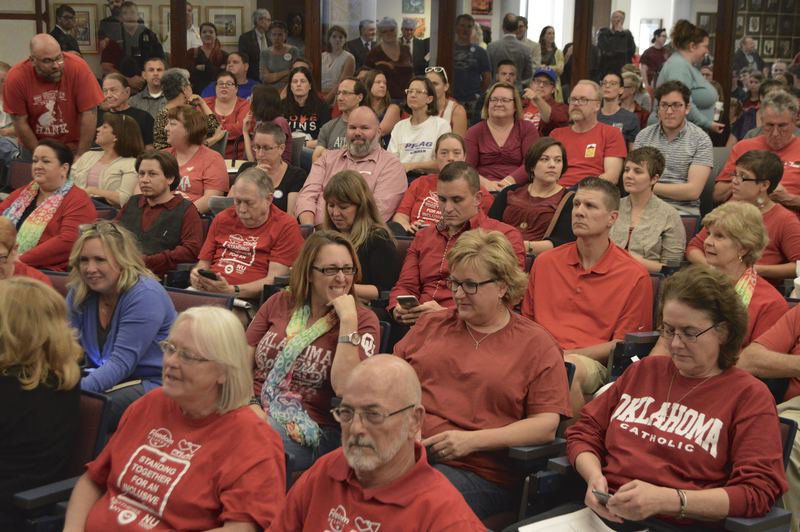 A tearful Norman Mayor Lynne Miller proclaimed October 2016 as Lesbian, Gay, Bisexual and Transgender History Month in Norman during Tuesday’s city council meeting. It was a landmark moment on the heels of a hostile history that, for a time, looked like it would repeat itself.

Anger simmered on social media this week, threatening to reawaken a six-year-old conflict between LGBT supporters and those who believe recognizing LGBT History Month is wrong.

A standing ovation by red-clad supporters followed the mayor’s reading of the proclamation.

In the audience, Nancy and Van Harrington clapped, smiled and shed a few tears. Six years ago, their son, Zachary Trey Harrington, committed suicide a week after a divisive city council meeting when the council last considered an LGBT History Month proclamation.