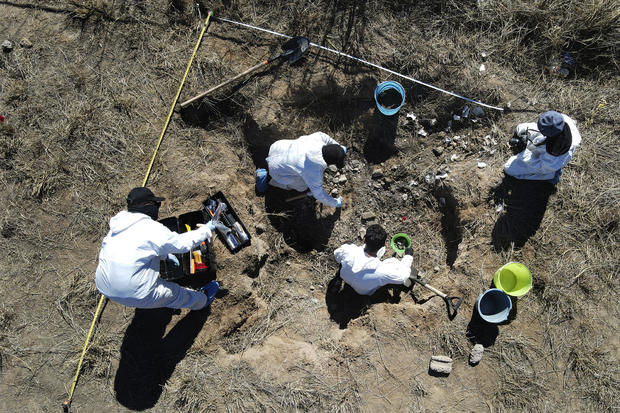 For the investigators, the human foot — burned, but with some fabric still attached — was the tipoff: Until recently, this squat, ruined house was a place where bodies were ripped apart and incinerated, where the remains of some of Mexico’s missing multitudes were obliterated.

How many disappeared in this cartel “extermination site” on the outskirts of Nuevo Laredo, miles from the U.S. border? After six months of work, forensic technicians still don’t dare offer an estimate. In a single room, the compacted, burnt human remains and debris were nearly 2 feet deep.