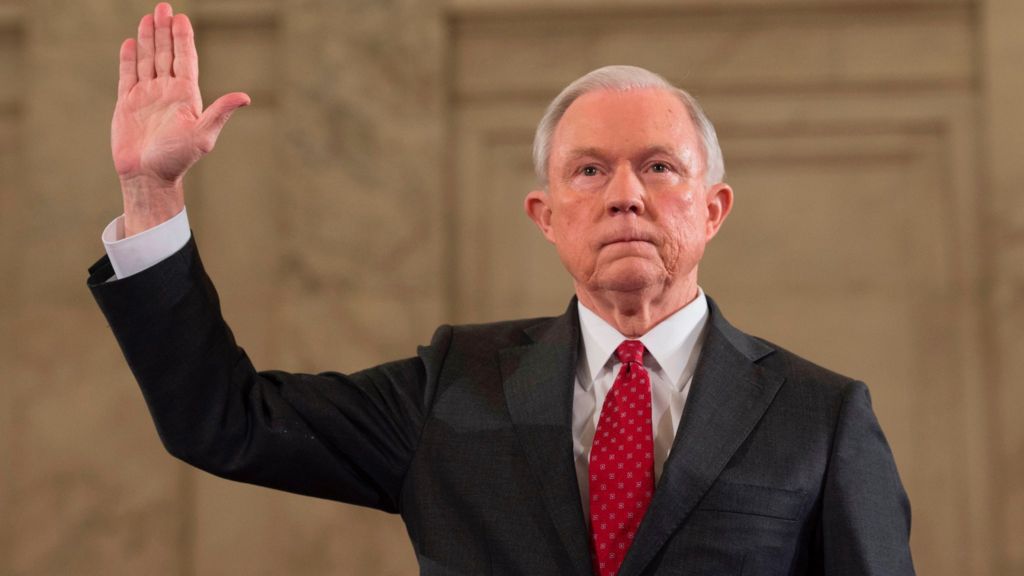 Top Republicans are urging Attorney General Jeff Sessions to remove himself from an FBI probe into alleged Russian interference in the US election.

He is under fire after it emerged he met Russia’s envoy during the election – despite claiming he had had “no communications with the Russians”.

Mr Sessions, who called the accusations against him “unbelievable” and “false”, will hold a news conference soon.

Speaking on a trip to an aircraft carrier in Virginia, he said he “wasn’t aware” Mr Sessions had held two meetings last year with the Russian envoy to the US.

Asked if he thought America’s top prosecutor should recuse himself from the FBI investigation, he replied: “I don’t think so.”

“I think he probably did,” Mr Trump added when asked if his attorney general had testified truthfully at his confirmation hearing.

But Democratic politicians say Mr Sessions misled the committee and should resign.

Democratic members of the House Judiciary Committee have asked the FBI to launch a criminal investigation into whether Mr Sessions lied to Congress and committed perjury.

Claims of Russian interference in the election have dogged President Trump.

The US intelligence community believes the alleged Russian hacking of Democratic organisations was carried out to help Mr Trump defeat Democrat Hillary Clinton.