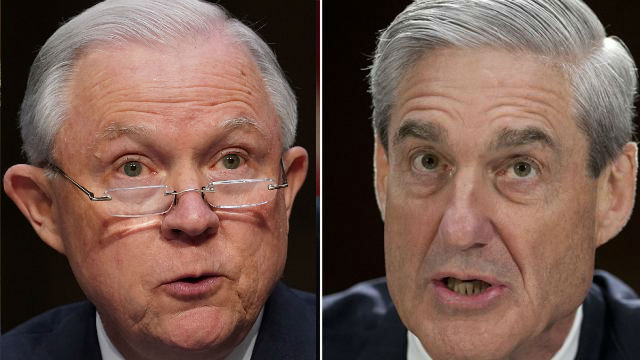 The Justice Department confirmed a report in The New York Times that Sessions was questioned for several hours. It is the first time that Mueller’s team has interviewed a member of President Trump’s Cabinet.

Sessions recused himself from the Russia investigation in March, despite criticism from Trump. It was reported earlier this month that Trump ordered White House counsel Don McGahn to block Sessions from recusing himself, but the attorney general refused.It is likely that Mueller questioned Sessions about Trump’s firing of former FBI Director James Comey and whether the president obstructed justice.

Sessions recommended that Trump fire Comey over the handling of the investigation into former Secretary of State Hillary Clinton’s private email server, but Comey has said he thinks the president fired him for refusing to drop the FBI’s investigation into Michael Flynn.