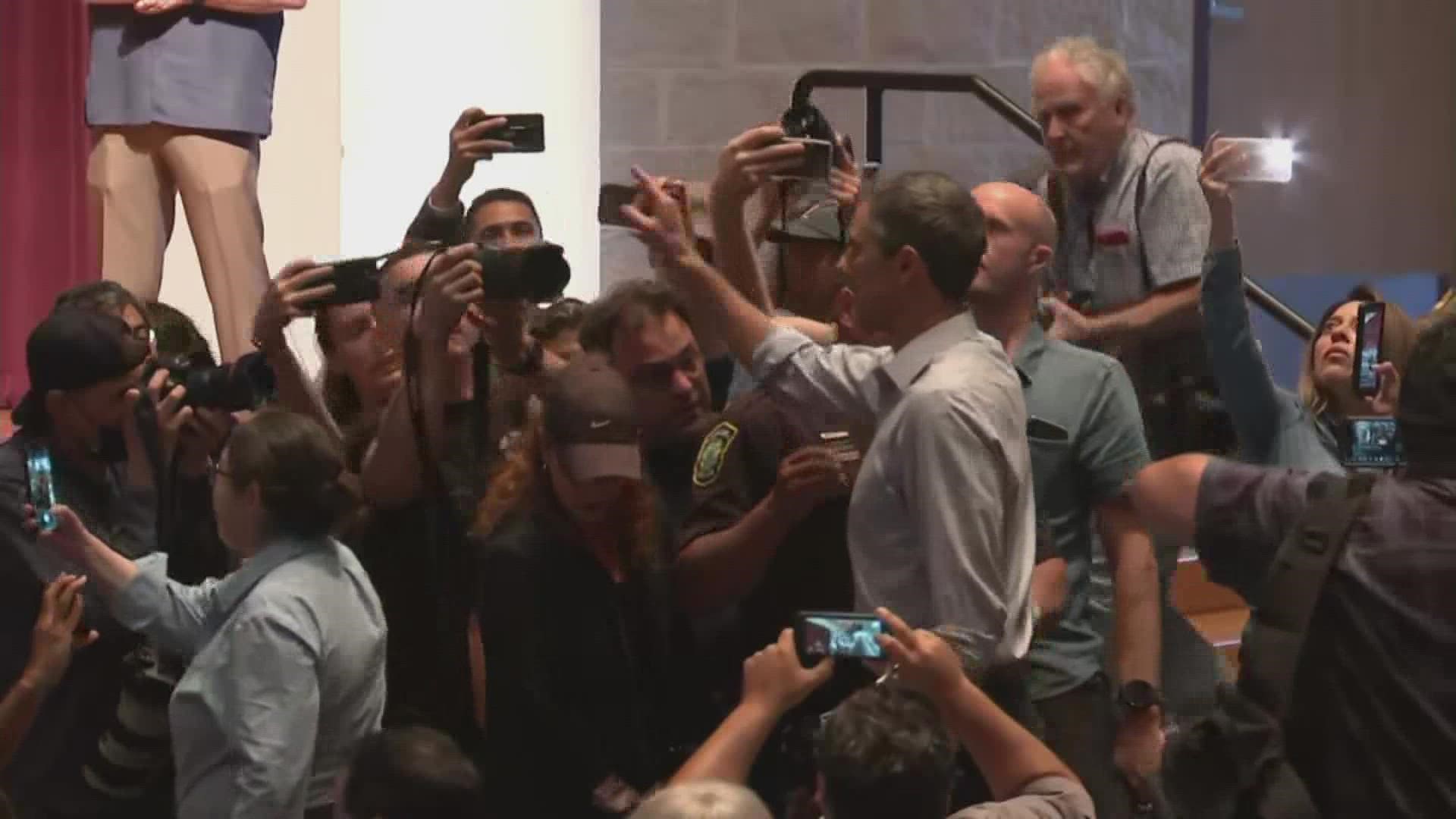 Beto O’Rourke publicly confronted Texas’s Republican governor, Greg Abbott, during a press conference on Wednesday about a mass school shooting in the town of Uvalde where 19 children and two teachers were killed.

As seen in a video of the press briefing published online, an off-camera O’Rourke is heard approaching the press conference table where several government officials, including Abbott, are seated onstage.

Press conference speakers can be heard instructing the Democratic gubernatorial candidate to “sit down” and telling O’Rourke that he is “out of line”. At one point, an official calls O’Rourke “an embarrassment” as he screams “This is on you”.