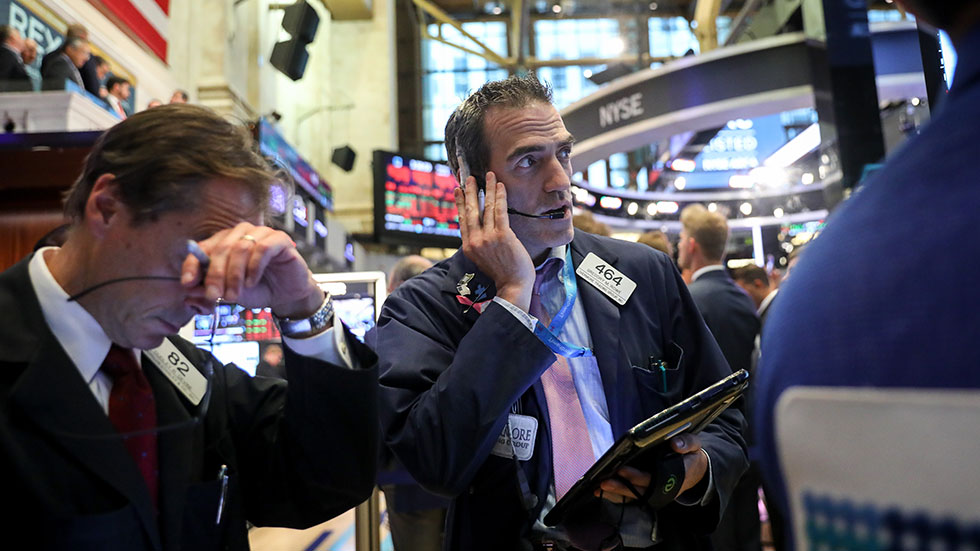 The stock market fell sharply Friday, after China announced it would slap retaliatory tariffs on $75 billion worth of U.S. goods and President Donald Trump vowed to fight back.

The Dow Jones Industrial Average fell by more than 621 points, a dip of about 2.37 percent, after a series of tit-for-tat tweets by the president that ordered American companies to find alternatives to China. The Nasdaq Composite and S&P 500 tumbled by 3 percent and 2.59 percent, respectively.

Markets had been higher earlier in the day, ahead of a speech by Federal Reserve Chairman Jerome Powell, who has been repeatedly lambasted by Trump for not lowering rates more readily. Wall Street, which has reacted with increasing volatility to any nuance in Powell’s speeches, leveled out after the chairman’s prepared remarks indicated the nation’s central bank would continue to “act as appropriate” to maintain the economic expansion.