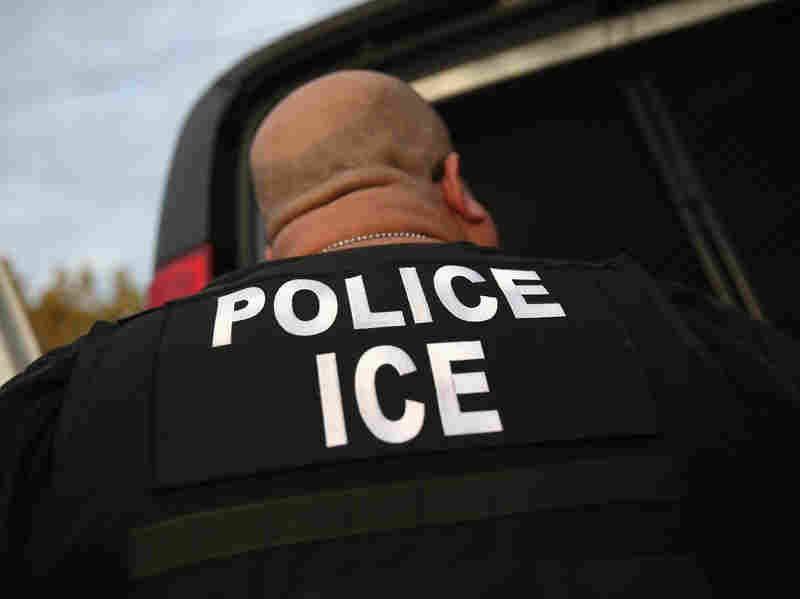 Under Obama, ICE agents mainly picked up what they called criminal aliens from jails around the country. But with this operation, you’re seeing these immigration agents fanning out into streets and neighborhoods. And that’s what left people so alarmed. I spoke with the Mexican consul here in Austin, Carlos Gonzalez, earlier today. The numbers he gave me was he says 49 Mexican nationals were picked up Thursday, Friday and today. He said that’s a significant increase over the usual apprehensions of undocumenteds here in Austin. And, of course, that doesn’t even include Central Americans or other nationalities that would’ve been picked up.

I want to quickly go to some tape here from an eyewitness I interviewed this morning, a Margaret Saldana who runs a child care business in North Austin. She saw one of the ICE arrests from her living room window early Thursday morning.

MARGARET SALDANA: I see a truck. And then police ICE on the vest of the guy. And he’s putting handcuffs on the driver. And I was like – kind of, like, shocked. And then on the other side, there was another agent handcuffing the passenger.

SINGH: John, if ICE agents were presumably looking for the driver, why would they arrest and cuff the passenger as well?

BURNETT: Well, it’s an interesting point because what the Mexican consul told me is that there’s a significant number of people being arrested who were just in the wrong place at the wrong time. So let’s say ICE has targeted the driver. You know, they have his registered vehicle. And then this passenger happens to be riding in shotgun seat and he’s undocumented. And so they arrest him, too, even though he’s not been charged with a crime, and he’s going to be deported along with the driver.