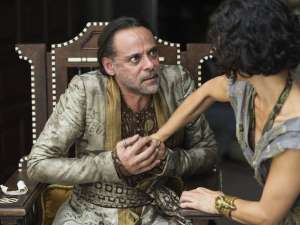 One Game Of Thrones actor has a bone to pick with showrunners David Benioff and D. B. Weiss and how they treat their cast.

In an interview with StarTrek.com, Alexander Siddig, who played Doran Martell, talked about the drawbacks of being on a show like Game Of Thrones. Specifically, when you’re not a lead.

“From an actor’s point of view, professionally you don’t want to be on a show like that for too long — unless you are one of the top leads who originated the show — because your schedule gets kind of messed up,” he said.

The actor, who played Dr. Julian Bashir in Star Trek: Deep Space Nine, then continued by saying, “You don’t earn as much as you would if you were doing another show because they’re Game of Thrones, and they don’t have to pay anyone.”

game of thrones, got, hbo