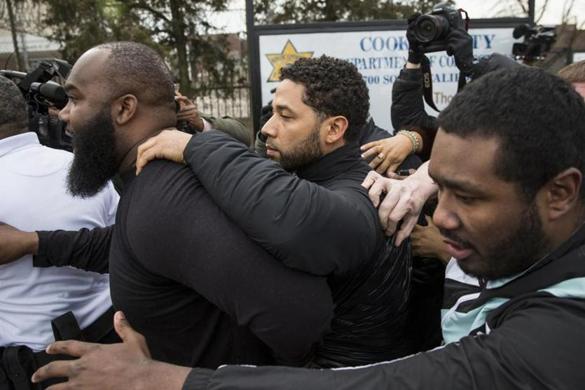 Prosecutors say Jussie Smollett paid two men, including a close friend who worked alongside him on the Fox drama ‘‘Empire,’’ to help him stage a fake attack he later framed as a racist and homophobic hate crime.

The actor’s bond was set at $100,000 at a court hearing Thursday afternoon, during which Cook County Circuit Court Judge John Fitzgerald Lyke also directed Smollett to surrender his passport. Smollett later posted bail and was released.

Risa Lanier, chief of the prosecution bureau for the Cook County State’s Attorney office, outlined the state’s case against Smollett after the hearing.

Prosecutors have identified the two men as brothers Abimbola ‘‘Abel’’ Osundairo and Olabinjo ‘‘Ola’’ Osundairo. They say Smollett and Abel Osundairo were close friends who worked together on”Empire,’’ where Abel was a stand-in for a love interest of Smollett’s character, Jamal Lyon.