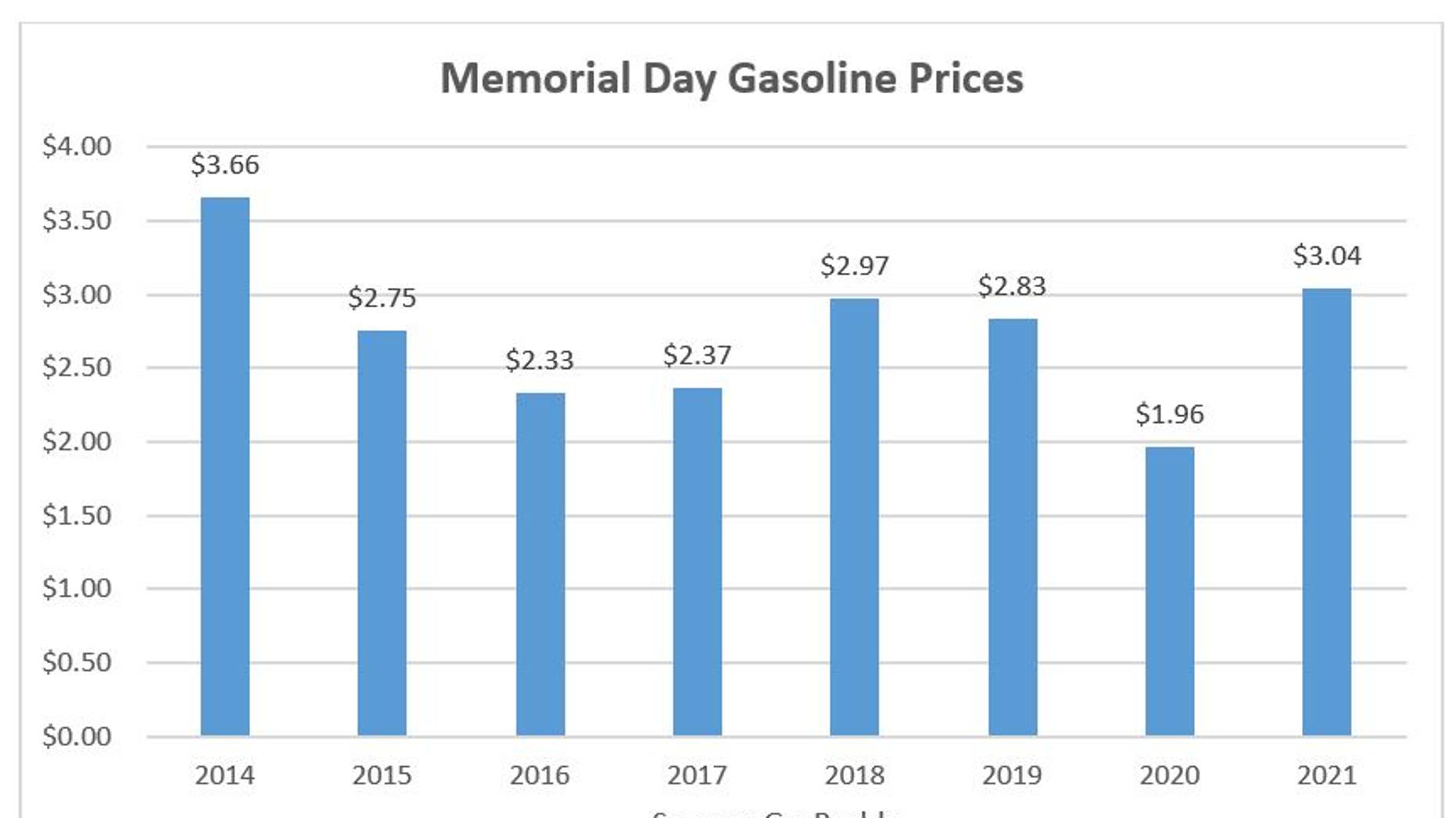 The White House on Friday moved to quell concerns of gasoline prices on Memorial Day Weekend surging above $3 per gallon for the first time in seven years.

Regular gasoline averaged $3.04 per gallon nationally on Friday, according to AAA. Prices, which are the highest for Memorial Day Weekend since 2014, were $1.08 more expensive than a year ago, when demand was depressed due to COVID-19.

“While prices have increased from the lows last year—as demand drastically dipped—prices at just about $3 per gallon are still well in-line with what they’ve been in recent decades,” press secretary Jen Psaki said in a statement.

Gasoline demand has risen sharply this year due to pent-up demand as Americans eliminated nonessential travel while sheltering at home to help slow the spread of COVID-19.

But demand has recently climbed to a 16-month high, according to Stephen Schork, editor of The Schork Report, as more Americans received the vaccine and states began to reopen their economies. At the same time, supply forward cover has fallen to a 19-month low of 23 days.