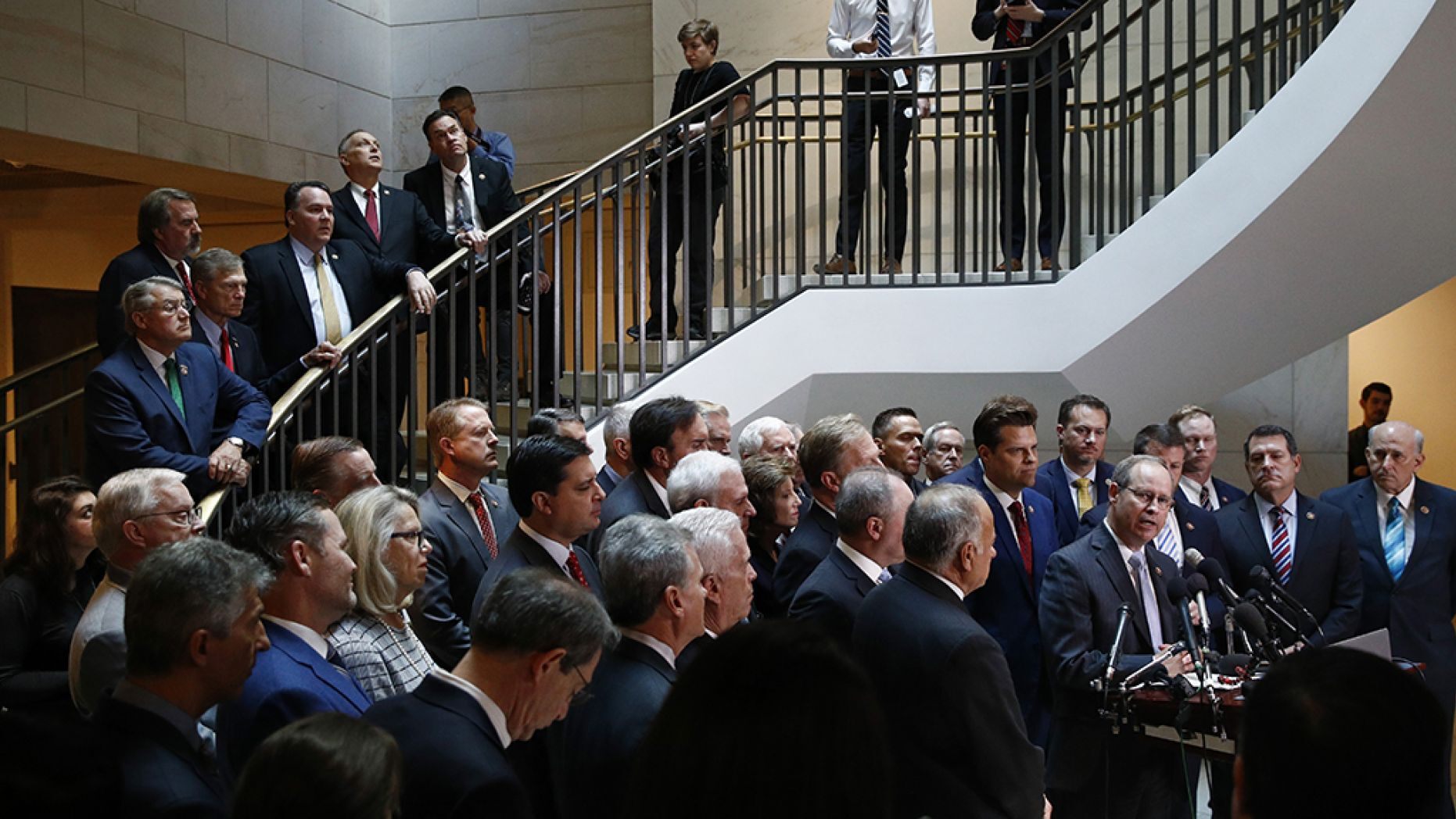 The standoff happened Wednesday morning after lawmakers held a press conference in which they accused House Democrats of lack of transparency.

“We’re going to try and go in there, and we’re going to try to figure out what’s going on, on behalf of the millions of Americans that we represent that want to see this Congress working for them and not obsess with attacking a president who we believe has not done anything to deserve impeachment,” Gaetz said.

The Republicans specifically called out Schiff, D-Calif., who is leading the investigation.