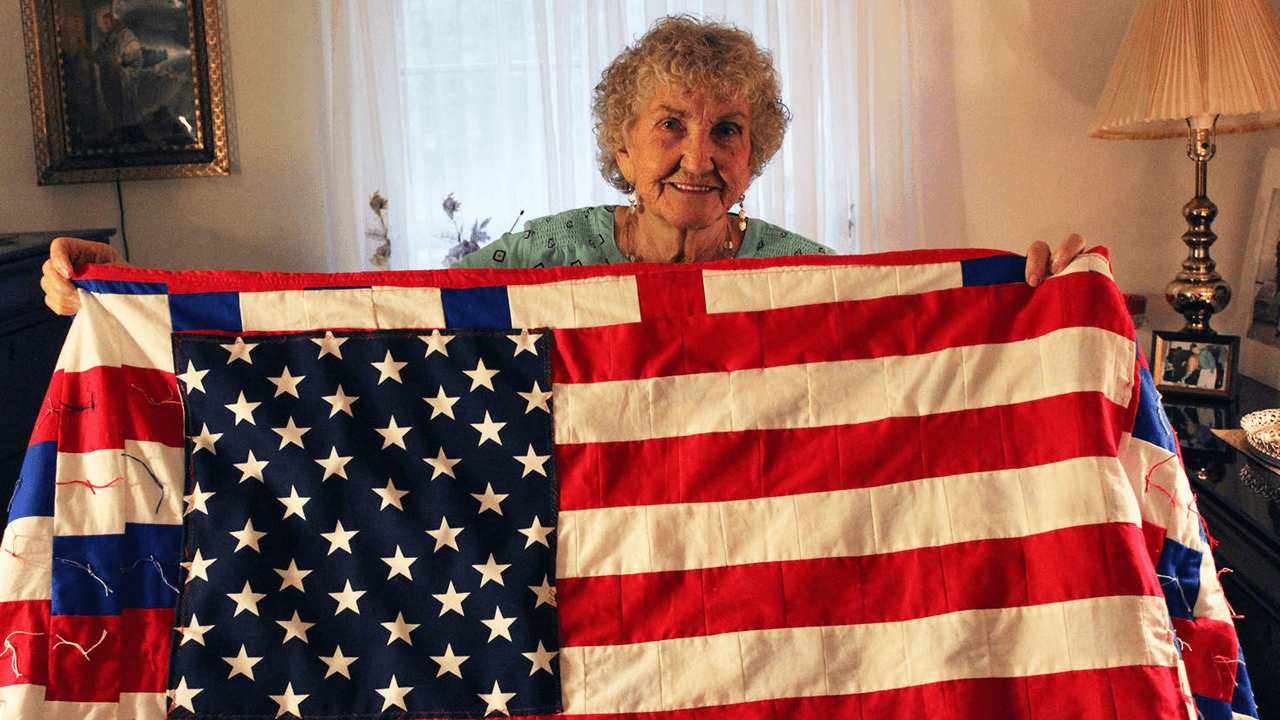 A woman in Indiana has taken her hobby to a new level, making a quilt for the commander-in-chief.

“When I was thinking ‘who’s this quilt going to be for,’ the Holy Spirit just told me it should be for President Trump,” she told the paper.

The 85-year-old said she started the quilt after breaking her hip in a fall 4 months ago. Alexander, who watched her mother quilt as a child, has already made quilts for her children and grandchildren. She wanted to step up the challenge as part of her recovery.