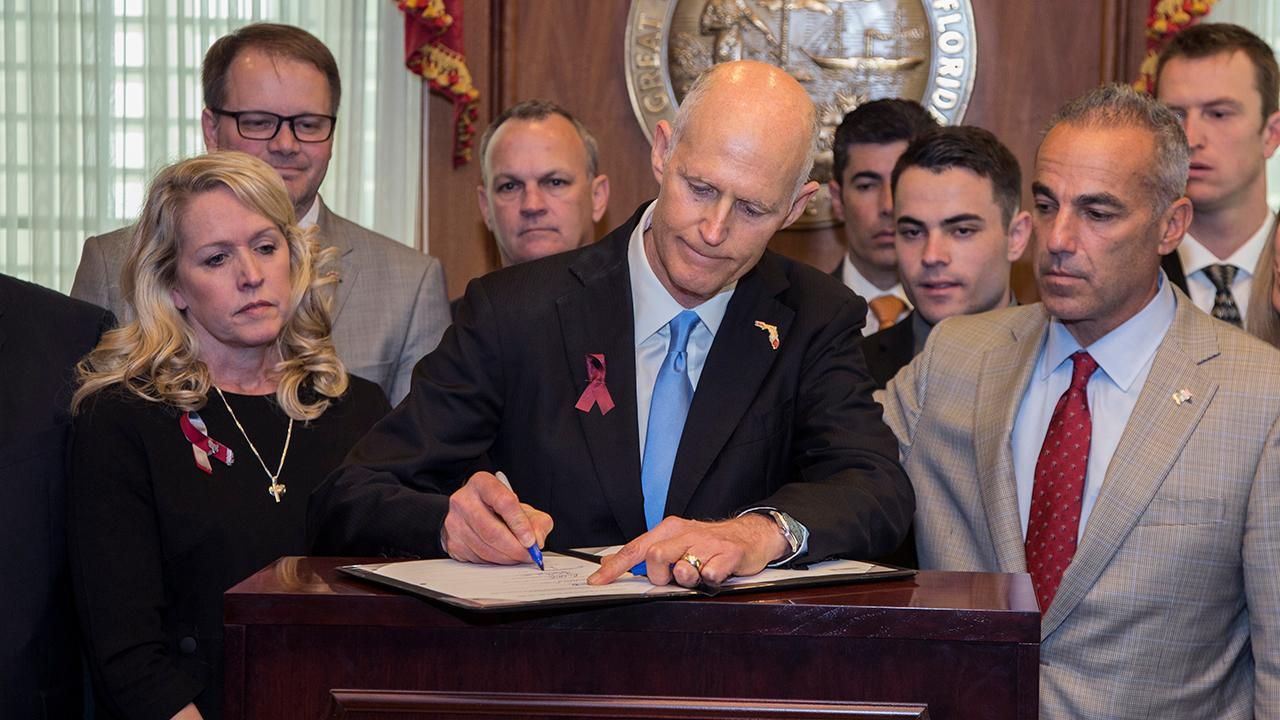 Hundreds of gun owners in Florida have been ordered to give up their guns under a new law that took effect after the deadly Parkland shooting in February, according to a report published Monday.

The Risk Protection Order, signed by Florida Gov. Rick Scott just three weeks after a gunman killed 17 people at Stoneman Douglas, aims to temporarily remove weapons from gun owners who have been deemed by a judge to possibly be a threat to themselves or others.

Roughly 200 firearms have been confiscated in the state since the law was enacted, Sgt. Jason Schmittendorf, of the Pinellas County Sheriff’s Office, told WFTS-TV. “Around 30,000 rounds of ammunition” were also taken, he said.