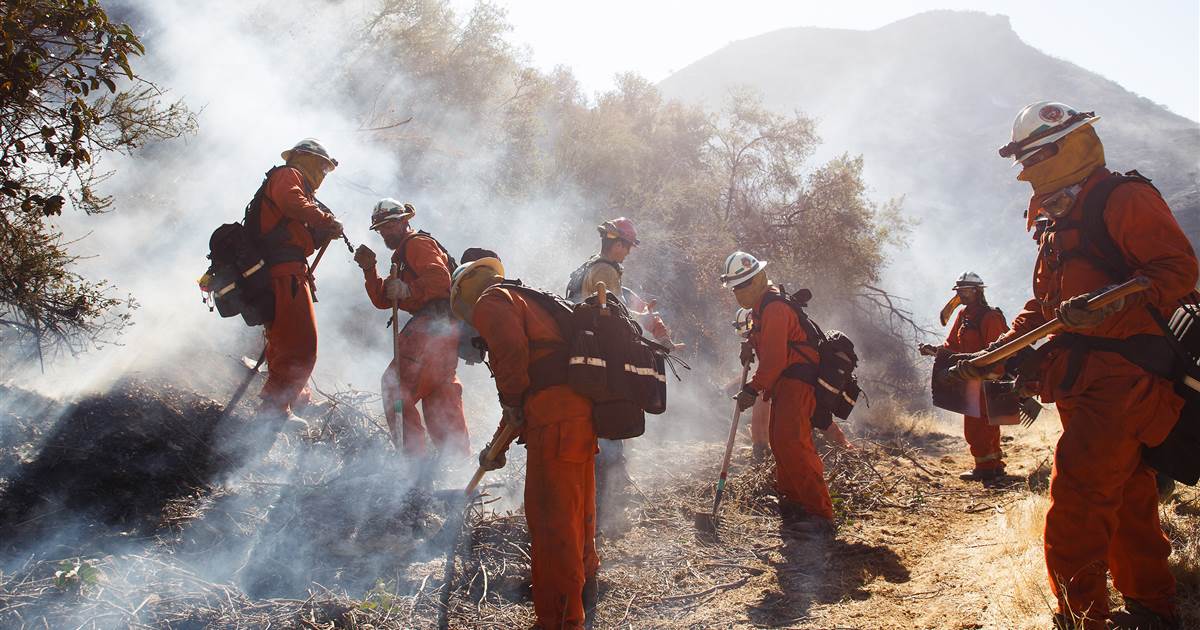 Thousands of firefighters across California were trying to hold the line on a pair of deadly wildfires as powerful winds picked back up on Sunday, roaring across a state that had seen a slight reprieve overnight.

North of Sacramento, the Camp Fire — believed to be the most destructive in state history — had killed 23 people, burned more than 6,000 homes and scorched 109,000 acres, according to the California Department of Forestry and Fire Protection, or Cal Fire.

In Southern California, the Woolsey Fire was burning from Thousand Oaks, which was still reeling from a mass shooting that left 12 people dead last week, to the wealthy coastal enclave of Malibu. The fire has killed two people, threatened nearly 60,000 structures and forced the evacuation of hundreds of thousands of residents, officials said.

The hot, dry Santa Ana winds — which blow toward the Southern California coast from the desert, fanning wildfires — have “us very concerned,” Jalbert added.