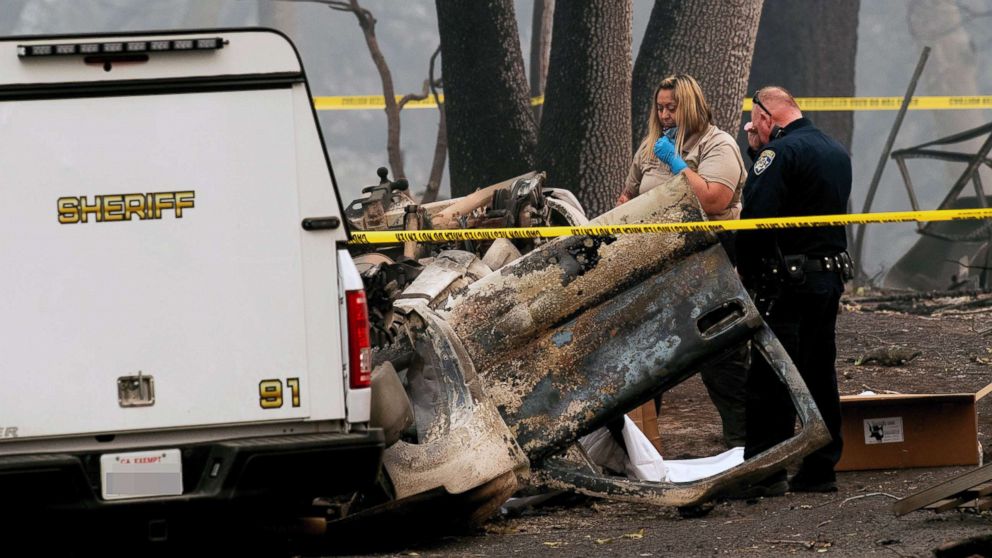 Hundreds of people remain missing in the wake of a pair of deadly wildfires that have been burning across both ends of California.

The two monstrous blazes, which both ignited earlier this month, have claimed at least 84 lives while laying waste to a total area of nearly 400 square miles, according to the California Department of Forestry and Fire Protection. Officials said that at least 64 of the remains have been positively identified so far.

The vast majority of the deaths — 81 in total — were due to the Camp Fire in Northern California’s Butte County, making it the deadliest and most destructive wildland fire in the state’s history.

The number of people missing or unaccounted for in Butte County was up to 1,202 on Sunday but decreased to 699 on Monday night as the list of accounted individuals increased, according to Butte County Sheriff Kory Honea. The number spiked back to 870 unaccounted for on Tuesday evening and is expected to continue to fluctuate as authorities track down names on the list.