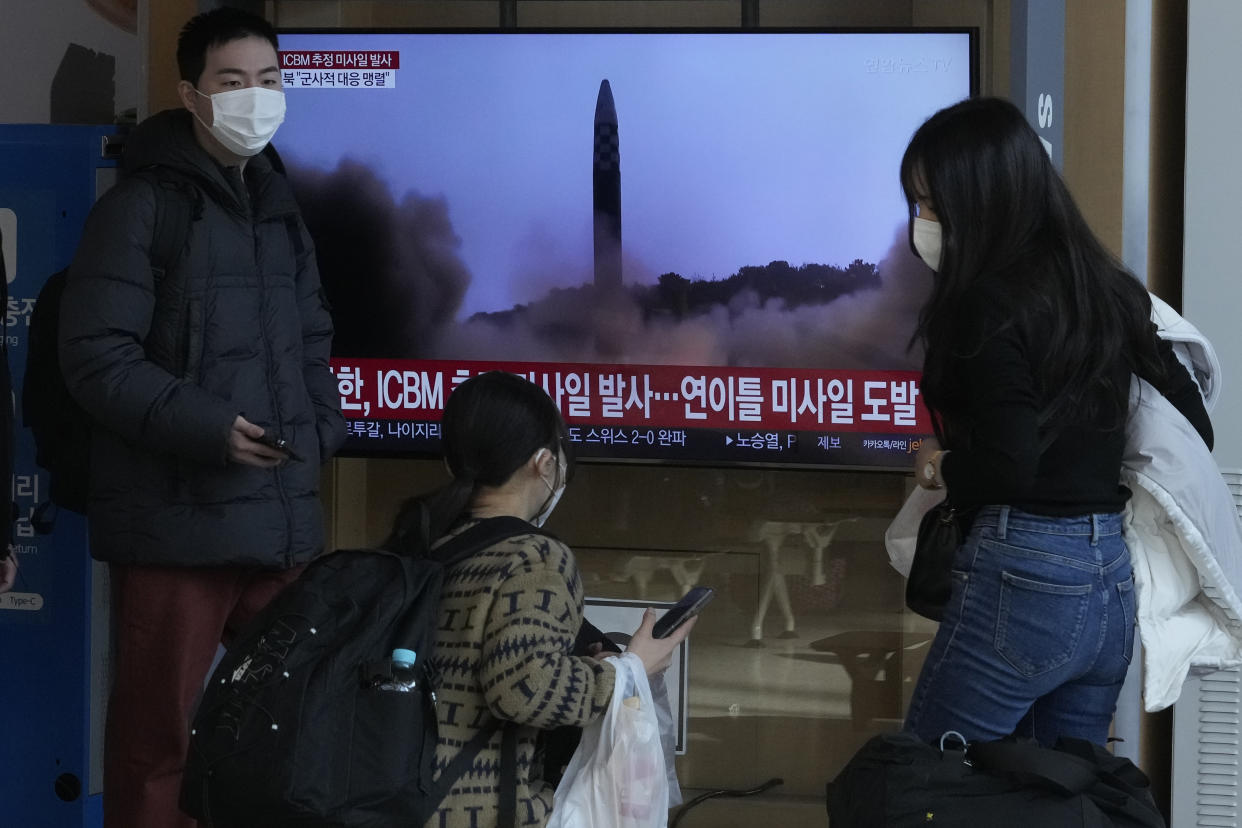 North Korea fired an intercontinental ballistic missile that landed near Japanese waters Friday in its second major weapons test this month that showed a potential ability to launch nuclear strikes on all of the U.S. mainland.

The United States quickly condemned the launch and vowed to take “all necessary measures” to guarantee the safety of its territory and its allies South Korea and Japan. Vice President Kamala Harris met with the leaders of those countries and of Australia, Canada and New Zealand who are attending a regional forum in Bangkok to discuss the launch.

“We again call for North Korea to stop further unlawful, destabilizing acts. On behalf of the United States, I reaffirm our ironclad commitment to our Indo-Pacific alliances,” Harris said at the start of the meeting. “Together the countries represented here will continue to urge North Korea to commit to serious and sustained diplomacy.”